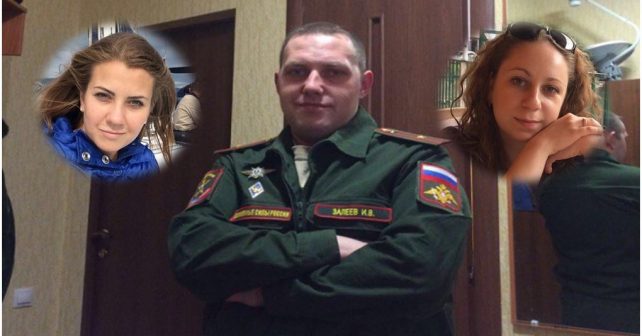 Love adventures of an officer from the Russian 7th Military Base and two female citizens of Ukraine were revealed.

Based upon the number of InformNapalm publications with references to the military unit 09332 – 21 episodes, the Russian 7th Military Base of the 49th Army from the Southern Military District, stationed in Gudauta (occupied Abkhazia, Georgia) breaks all records. Also, it is the most belligerent armed Russian detachment in Ukraine. Therefore, we systematically monitor and search for information related to this military unit. In the course of a new OSINT investigation, we found an officer of the 7th Military Base who fell in love with Ukrainian women.

The object of the investigation: Ilya Vladimirovich Zaleev. 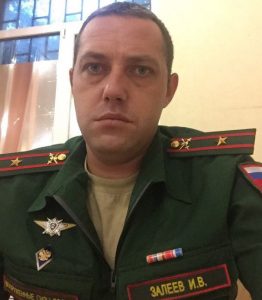 He was born in 1984 and is native of Novokuznetsk, Siberia. His address is: Novokuznetsk, Oktyabrsky Prospect, 44, Central District. In 2001, he graduated from the 97th school in Novokuznetsk. He graduated from the Faculty of combined arms of Novosibirsk Higher Military Command School in 2005 with specialty in the use of military intelligence units. From 2005 to 2010, he served in the 17th Separate Motorized Rifle Brigade (military unit 65384, village of Shali, Chechnya) of the 58th Combined Arms Army from the Southern Military District. Since 2010 till present, he has served on the 7th Occupation Military Base (military unit 09332, town of Gudauta, Abkhazia, Georgia), in 2010-2013 – in the 2nd battalion, in 2013 – in the base headquarters, allegedly, as an intelligence officer in the rank of a Major. He is active in social media, a womanizer and selfie-lover: VK (archives of the profile, album, contacts), facebook, OK, ICQ 589303490, moikrug, plus.google. His cell phone numbers are: 89133123622, +79409691684. 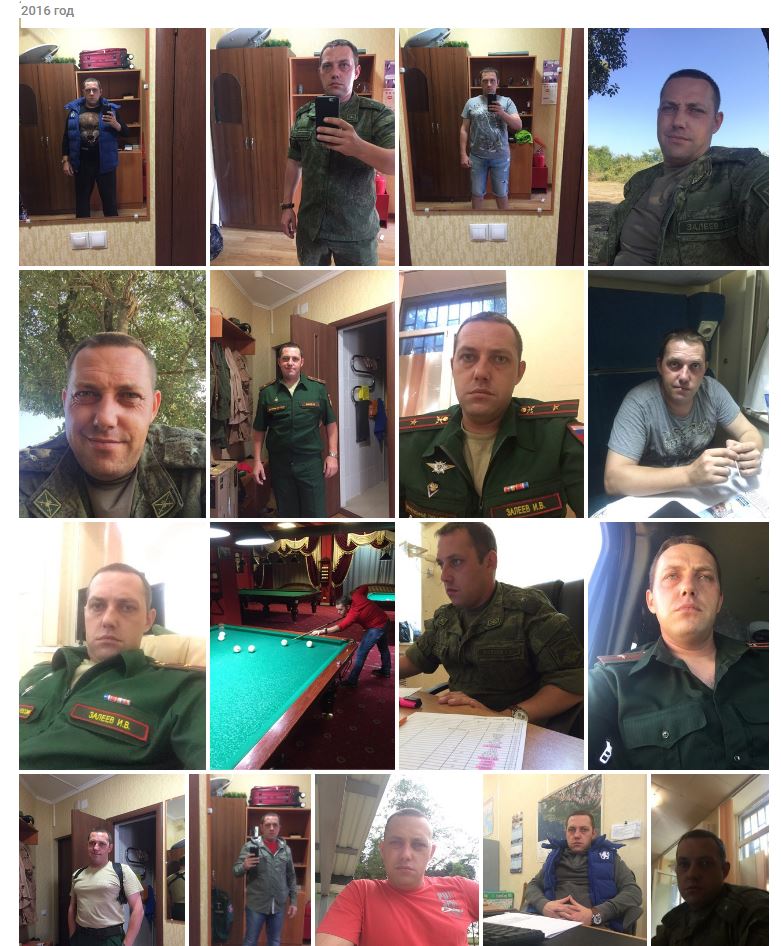 One of the Zaleev’s latest awards is “Medal of Lieutenant-General Kharazia“. This is an award of the so-called Defense Ministry of separatists Abkhazia (the font is identical to the same named medal of the International Union of Paratroopers, it can be purchased for $7). Zaleev was awarded on July 20 of 2016 during an official ceremony marking the 98th anniversary of the formation of the unit to which the military unit 09332 is a successor (watch video the 7th Krasnodar military base – 2016, timing of 15:50–15:56). 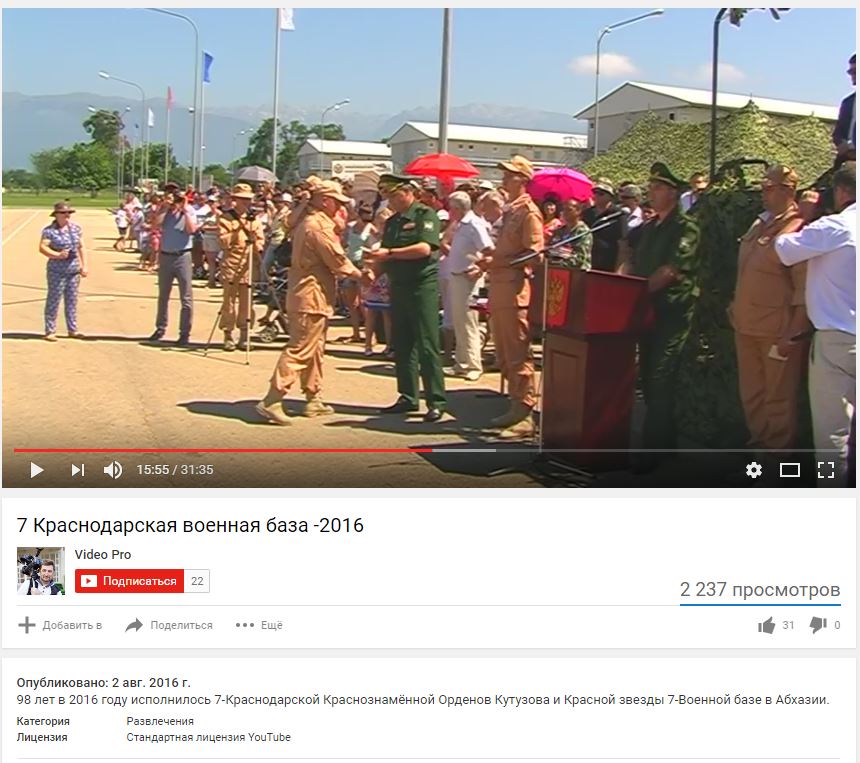 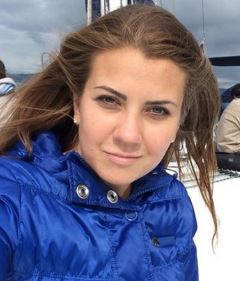 One of the last Zaleev’s posts on VK social website from October 20, 2016, states that he finally had found the only one for him. On the same page he wrote: ““Marital status: In love“. Some Ekaterina Donetskaya / DNR, became this only one. At the time of publication she was already Ekaterina Zaleeva (archives of the profile, album 1, album 2, contacts). 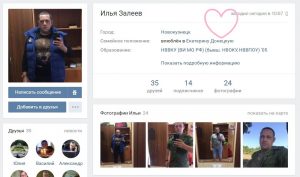 There are near a thousand photos in Ekaterina’s albums, including taken in occupied Abkhazia in 2016, from Sochi (historical territory of the Kingdom of Abkhazia in Georgia annexed by Russian Federation) taken in 2015 and 216, as well as photographs taken in her native Donetsk in 2014-2015 (see photo 1, 2) and a clearly separatist’s video “Women of militia“. 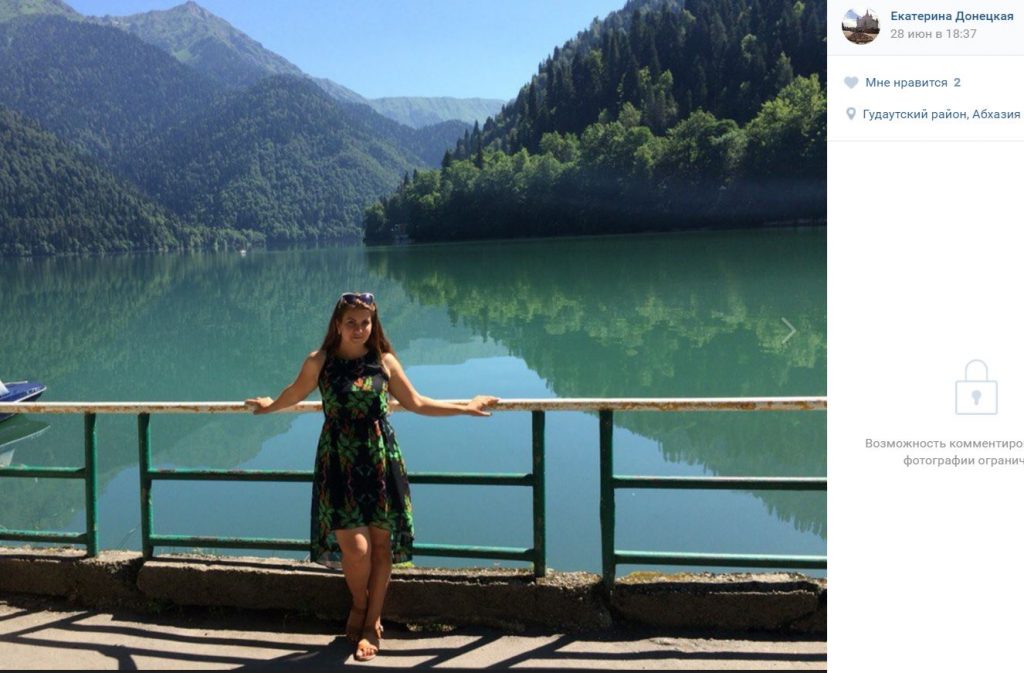 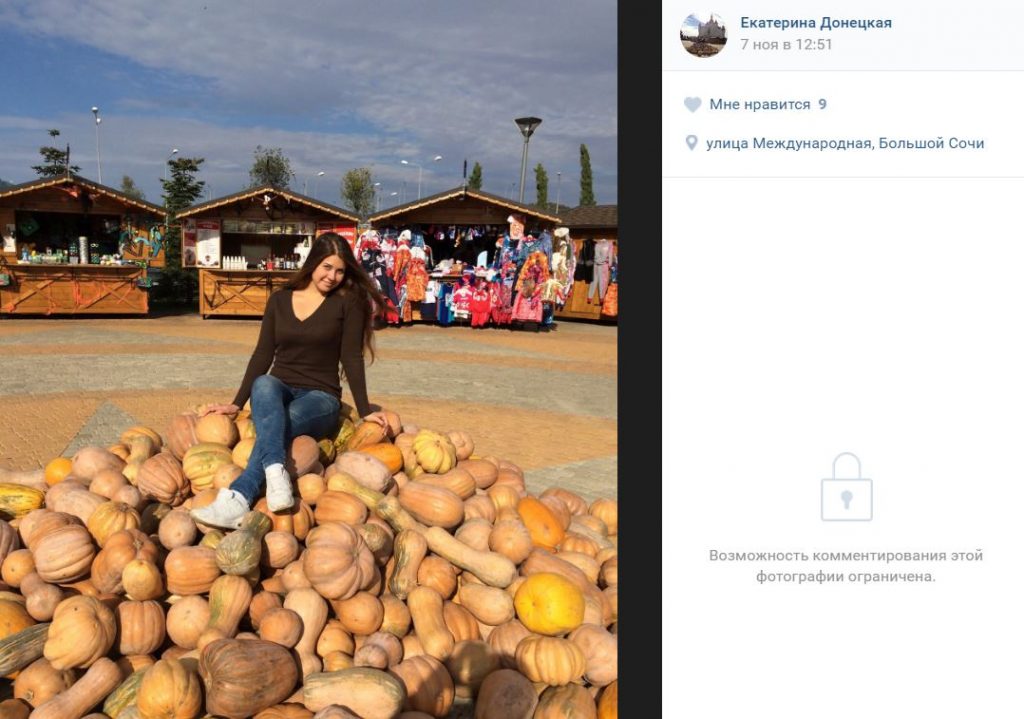 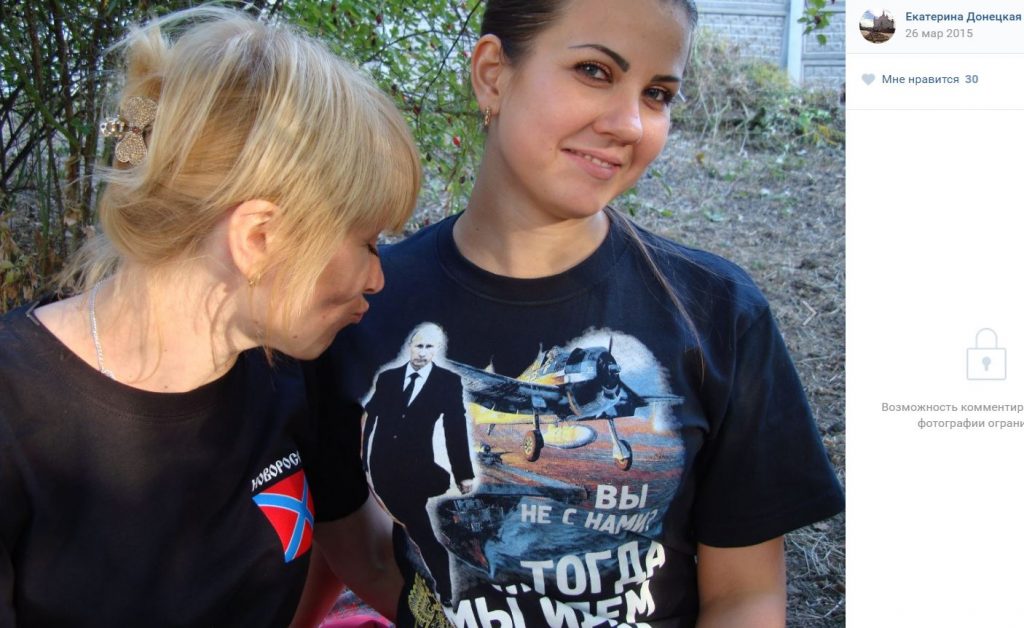 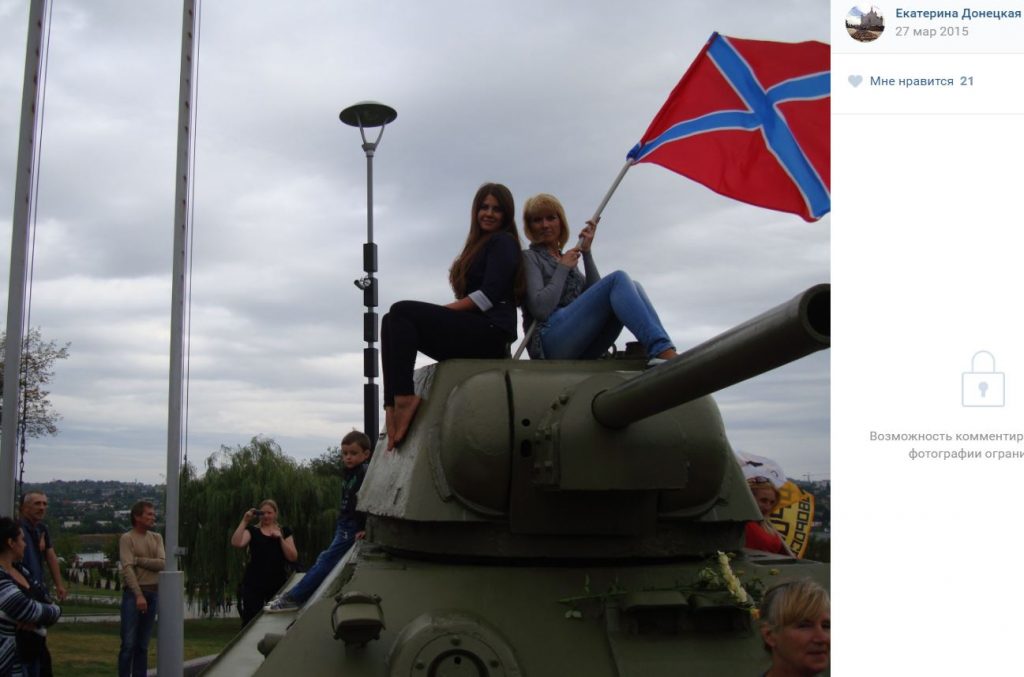 It was easy to identify Ekaterina Donetskaya/DNR: she is a Donetsk resident Ekaterina Vladimirovna Shcherbakova (here is her abandoned account in VK), born on August 6, 1988. Here is her page in facebook (archives of the profile, album, contacts). Perhaps she had a last name Kulinich from her first marriage.

It is difficult to say when and where Zaleev met Ekaterina “DNR” Shcherbakova (at the time of publication already Ekaterina Zaleeva). But recalling the 21 episodes of “Rostov-Ukrainian business trips” taken by servicemen from the 7th Military Base, it is reasonable to assume that their meeting could occur during Zaleev’s stay in the temporarily occupied territory of Donbas. Anyway, the relationship between them can be traced, although the lovers do not especially advertise it: no photos together or candid comments yet. It appears that Ekaterina Shcherbakova left native Donetsk to live with a Russian officer in the Southern Russia. 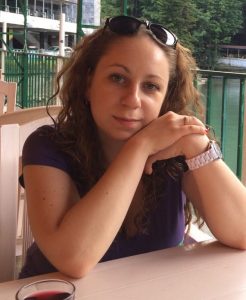 But that was not the only love of Major Zaleev. We found that before Ekaterina/“DNR”, he had relationship and even got engaged with another Ukrainian citizen, some Anna Arutyunova (archives of her account on VK: profile, album, contacts and on “ОК”), born on January 3, 1991, graduated from Vadym Hetman Kyiv National Economic University in 2014. Anna’s abandoned VK account under the name of Anush Arutyunyan (archives of the profile, album, contacts) contains many photos of her and Zaleev from Abkhazia taken from January to June, 2014. Some pictures from Abkhazia and from the military base in Gudauta were posted on her new VK account under the name of Anna Arutyunova. Among her friends, there are some contacts from Gudauta, for example, Alexandra Shtondenko-Khudyakova, a wife of a Russian officer Vladimir Shtondenko, who was mentioned in the InformNapalm publication The Dynasty of Russian War Criminals: Biographic Narrative of the Invader, whom Arutyunova met during repeated trips to her lover to Abkhazia, in violation of the law of Georgia “On Occupied Territories”. 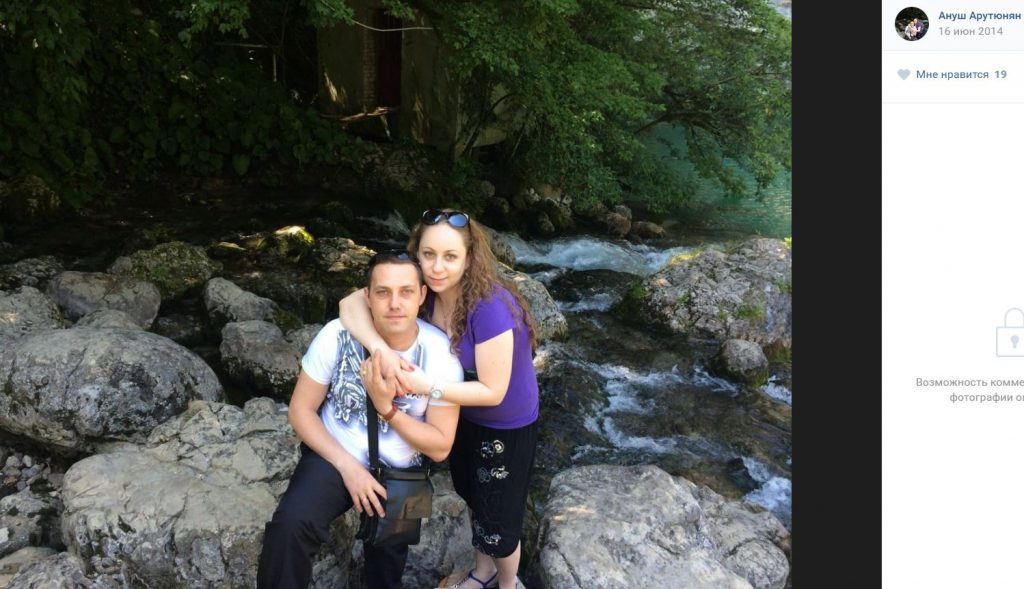 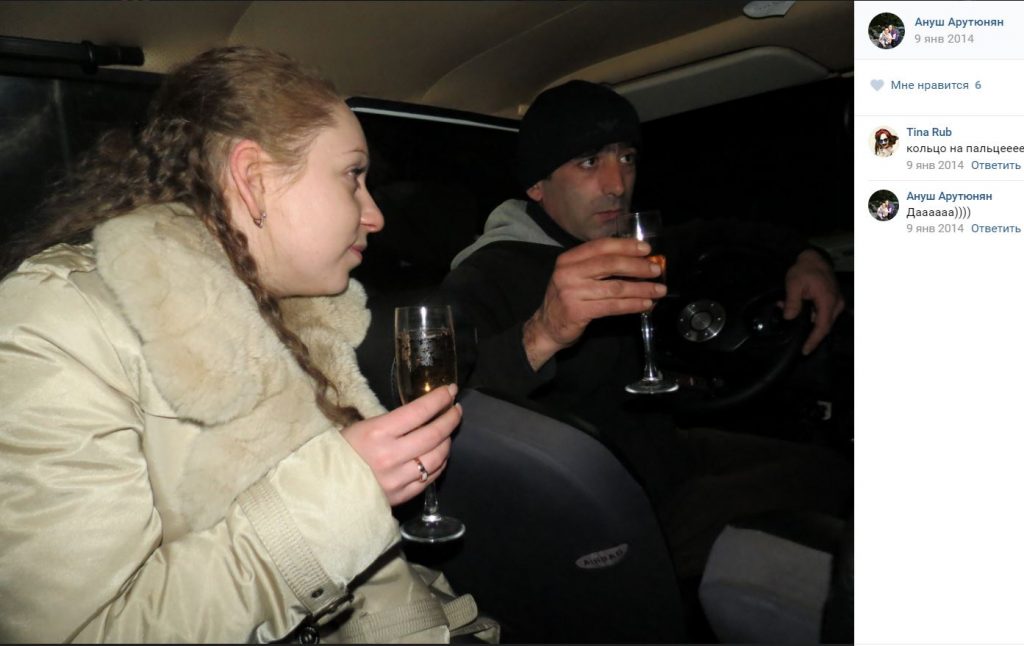 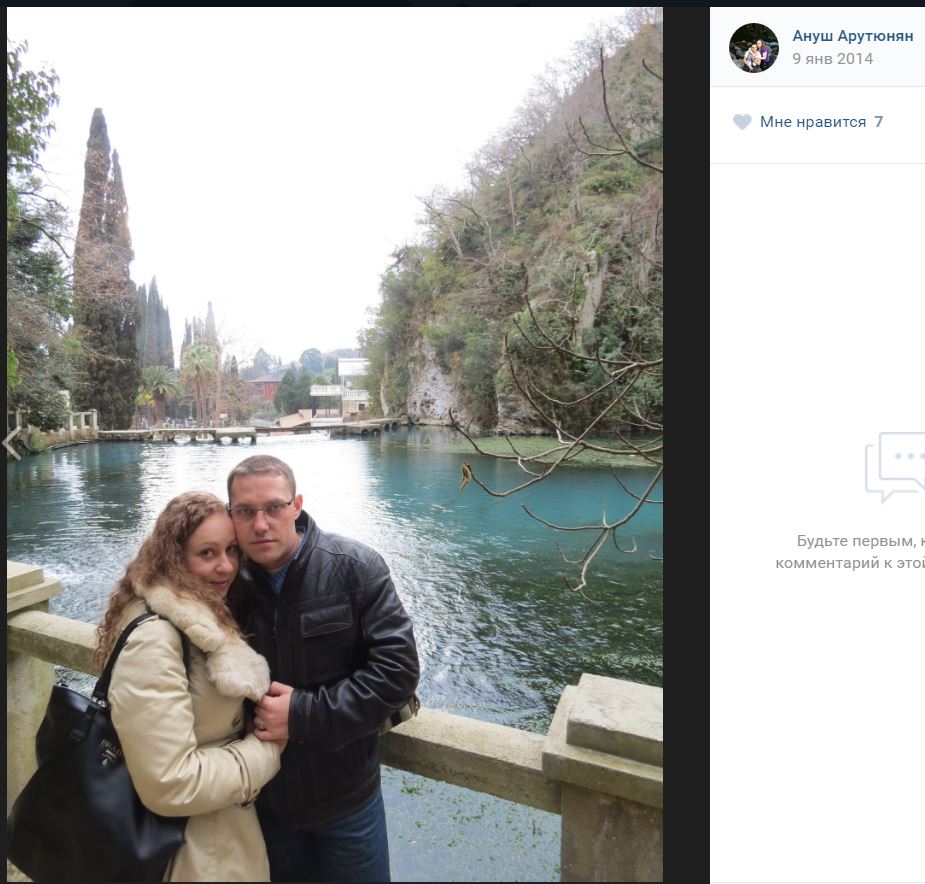 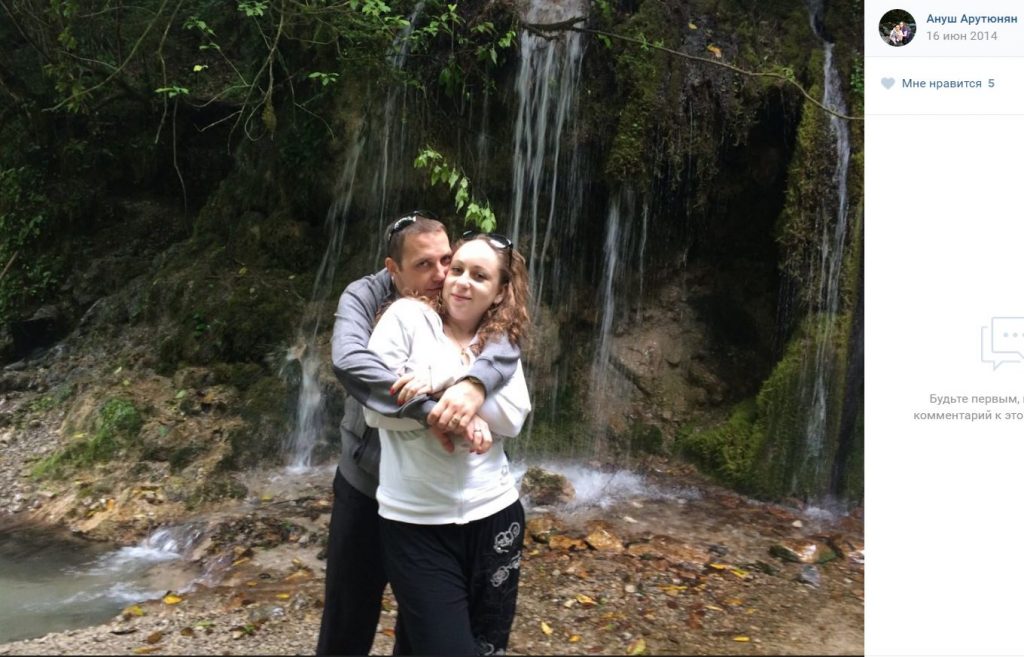 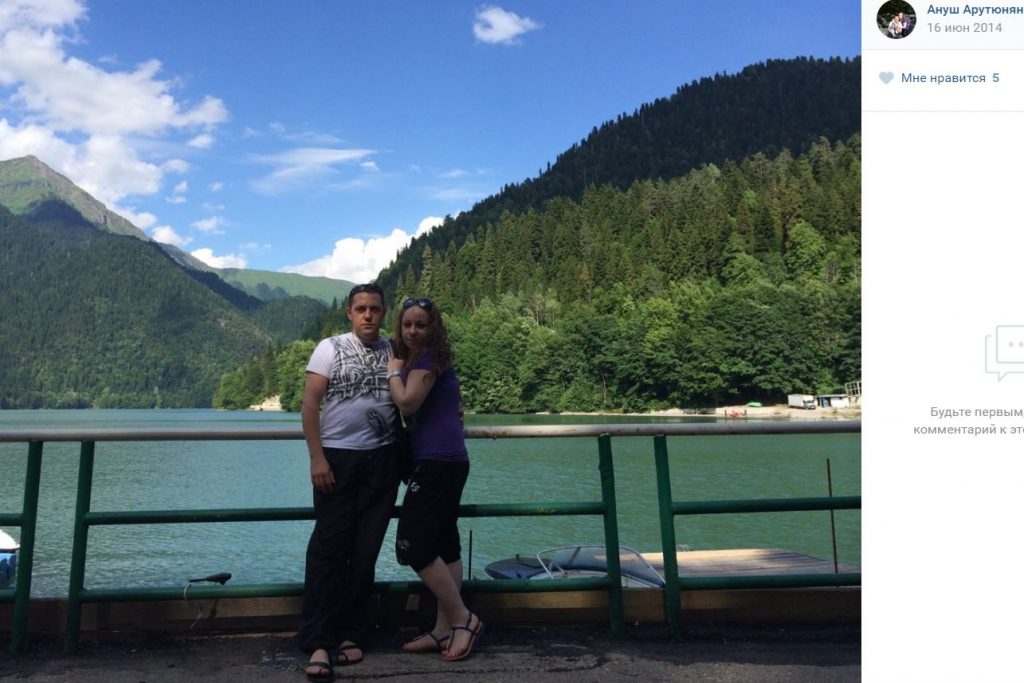 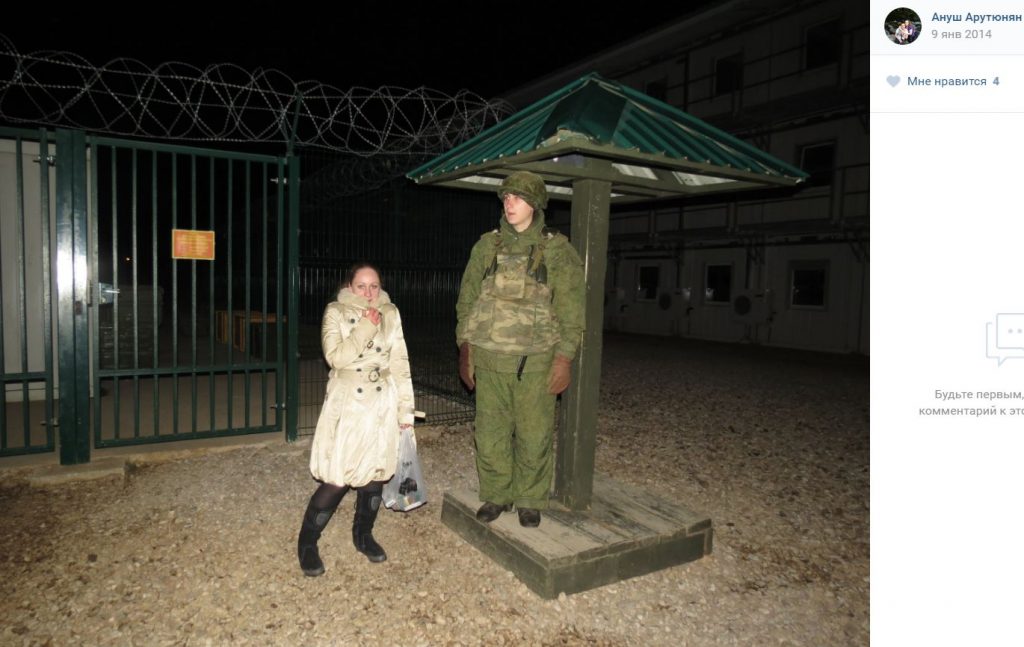 Recall that this is not the first “Wartime Romance” between occupiers and female citizens of Ukraine. See other love stories in the previous publications of InformNapalm:

PS. It seems that the i’s are dotted and the t’s are crossed in the love story of Major Zaleev, an officer of the Russian Armed Forces from the 7th Military Base in Gudauta (occupied Abkhazia, Georgia), alleged member of the Russian invasion in Donbas. Though, we still have one unanswered question regarding the so-called service ribbons seen on his uniform. We were unable to identify their compliance with any specific awards. While on the other hand, he doesn’t understand this himself, wearing them sometimes right, sometimes upside down. 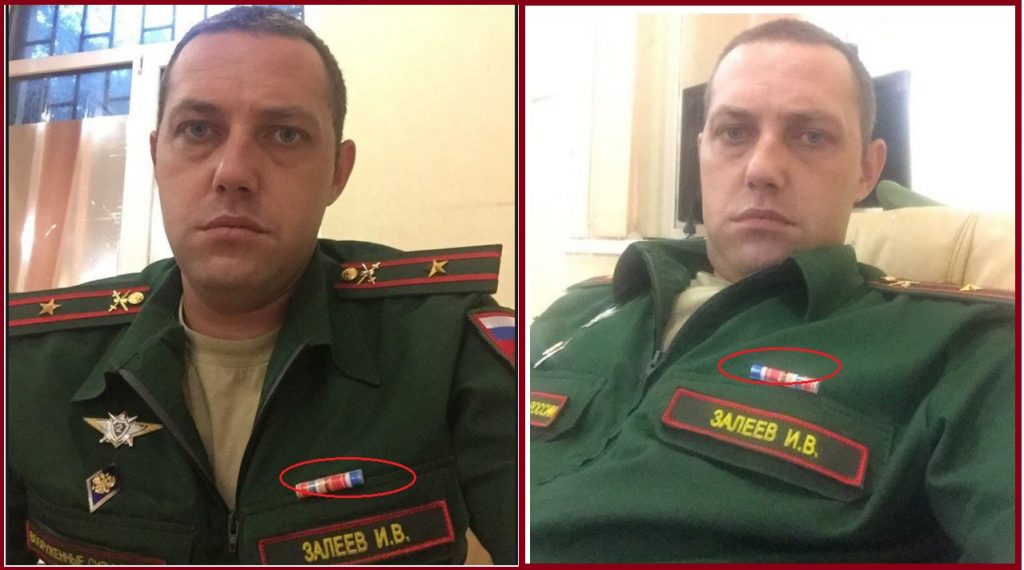 This publication was prepared on the basis of the own OSINT-investigation by InformNapalm volunteer intelligence community. Author: Irakli Komaxidze

One Response to “Love Story 3: Love adventures of Russian occupier”