ECHR made the first ruling in the case Ukraine v. Russia on Crimea 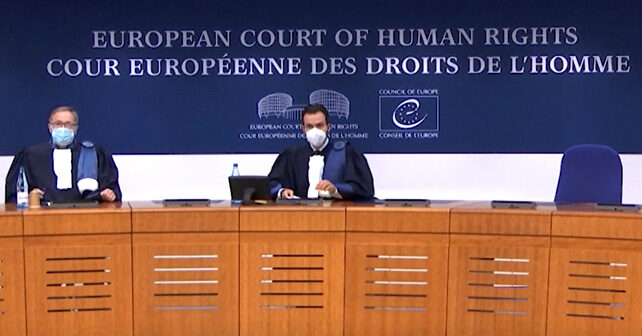 On January 14, 2021, the European Court of Human Rights (ECHR) issued the first positive decision for Ukraine in the case on the application of Ukraine against the Russian Federation No. 20958/14 (re. Crimea).

The Grand Chamber of the European Court of Human Rights in Strasbourg declared admissible the complaint about violation of human rights in the occupied Crimea. On the basis of the adopted ruling, the ECHR must further examine the merits of all the points of accusations of Ukraine against the Russian Federation. The court also recognized that Russia had been exercising effective control over the Autonomous Republic of Crimea and the City of Sevastopol since February 27, 2014, that is even before the Russian Federation made a formal decision on the illegal annexation of the occupied peninsula.

Deputy Minister of Foreign Affairs of Ukraine Yevhen Yenin on his Facebook page congratulated the Ministry of Justice on this intermediate victory and said that now the ECHR will proceed to merits examination phase of the Court’s procedure and the Government of Ukraine will provide its position on direct violations of human rights ommitted by the Russian Federation in the temporarily occupied territory of the Autonomous Republic of Crimea and the city of Sevastopol.

The Minister of Justice of Ukraine Denys Maliuska stressed that in addition to an important legal aspect, the decisions of the ECHR also deliver a powerful blow to the myths promoted by the Russian Federation in the hybrid war against Ukraine.

“Court decisions are not political statements. Sooner or later, such decisions will have legal consequences for the top officials of the aggressor country… Crimea is a story of armed aggression and gross violations of human rights, not of a “referendum” and “peaceful popular vote“, – Denys Maliuska emphasized. 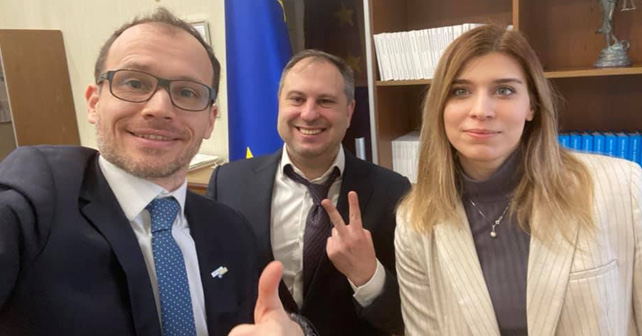 As a reminder, back in 2018, in his interview to the Ukrainian Tizhden newspaper Deputy Minister of Justice of Ukraine, Agent before the European Court of Human Rights Ivan Lishchyna, when asked by a journalist whether the Ministry of Justice uses data from non-governmental organizations in its application Ukraine against Russia lodged with the ECHR of, stressed:

“A certain amount of data was provided to us by InformNapalm international volunteer intelligence community. This is serious information about certain categories of weapons, when and where they were found, with photos and confirming evidence.”

InformNapalm volunteers continue to collect and document new evidence of Russian military aggression against Ukraine in the Donbas and Crimea. During 2020, we also paid even more attention to identifying new Russian units and military personnel who were involved in the operation to seize Crimea.

Also in 2020, volunteers handed over to the participants of the Permanent Delegation to the OSCE PA from Ukraine copies of the English-language printed guide book Crimea Behind the Curtain. Guide to the Occupied Zone, which features exclusive materials on the occupation and militarization of Crimea. These guide books were then handed over to representatives of different countries at the OSCE Parliamentary Assembly during the monitoring of the US elections.

On January 13, 2021, on the eve of the ECHR Grand Chamber session, volunteers of the InformNapalm community held an informational flash mob on Twitter actively republishing historical English-language materials and testimonies from February 27 – March 16, 2014, which recorded the crimes of the Russian Federation during the operation to seize Crimea. We tagged the official ECHR Twitter page @ECHR_CEDH in the tweets in order to draw the attention of the court and the world community as a whole to the evidence and to the importance of a positive ruling in the case of Ukraine against Russia.

InformNapalm international volunteer community congratulates the team of the Ministry of Justice and the Office of the agent before the European Court of Human Rights on this significant victory and thanks all the lawyers and diplomats for their continued work on this important case.

No Responses to “ECHR made the first ruling in the case Ukraine v. Russia on Crimea”