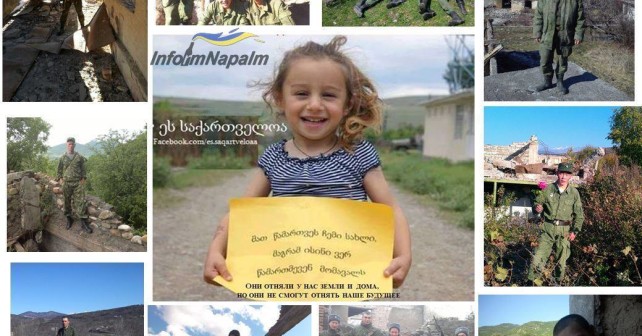 InformNapalm volunteer intelligence community continues to cover the Russian military aggression against Georgia and summarize the results of the subsequent occupation of a part of the Georgian territory, which continues to this day. The response of the international community to the beginning of Russia’s expansion was rather weak. Russian political and military leadership did not suffer any punishment for their crimes in previous years. That was seen by Kremlin as the carte blanche for new international adventures in Ukraine and Syria.

Our publication is based on the research by IDFI (Institute for Development of Freedom of Information) and demonstrates the results of the Russian military aggression against Georgia in 2008, including its impact on the borders of Georgia, which continued to change since the occupation and until 2015. As a result of the Russian armed aggression, the active phase of which lasted only five days, there were hundreds of deaths, thousands of wounded and injured, tens of thousands of Georgian citizens expelled from their homes. The report is supported by photos from the InformNapalm archive.

The so-called administrative borders of the Georgian territories occupied by Russia continue to change. The banner that marks the border with the so-called Republic of South Ossetia, is being moved ever closer to Georgia’s central highway connecting East to West, while more and more of the territory is enclosed behind the barbed wire fences.

According to information provided by the Georgian Ministry of Defense, some of the population of the villages Didi and Patara Khurvaleti now resides in the occupied territory. Moreover, according to the information of Georgia’s State Security Service provided to IDFI, the inhabited areas of Gugutiantkari village ended up in the occupied territories after barbed wire fences were installed in 2013. Media channels reported that villages Zardiantkari and Ghogheti have been divided by barbed wire fences. Parts of Dvani, Ditsi, Tsitsagiantkari, Jariasheni, Adzvi have been added to the list of seized territories as well. In 2015, Jariasheni village was almost completely seized.

Media sources report that the Russian occupational regime is restoring the old administrative borders of the South Ossetian autonomous province that existed during Soviet times. According to the Russian plan, the so-called border will go through the village of Karipala, and parts of the Baku-Supsa oil pipeline will end up behind the barbed wire.

In some instances, the main inhabited areas of the villages remain on the Georgian side while those villages’ croplands are now within the occupied territories. There is still fear that the continued “creeping occupation” will overtake the inhabited parts of these villages as well. Looking at Google Maps, one can see that the villages of Upper Nikozi, Ergneti, Ditsi, Mejvriskhevi, Plavismani, Tsitelubani, Karapila, Saribari, Tvaurebi, Avlevi are already in the immediate vicinity of the barbed wire line.

The “Institute for Development of Freedom of Information” (IDFI) wanted to find out which territories currently still under Georgian control could end up outside Georgian state borders as a consequence of the 2008 war and how the creeping occupation is carried out by the Ossetian separatist government (in fact, by the forces and means of the Russian invaders).

To obtain this information, IDFI requested documents from the Georgian Administration of the Government, the Ministry of Internal Affairs, National Security Council, State Security Service and the Crisis Management Council.

The State Security Service only provided the list of villages, which are not under control of the Georgian government.

The National Security Council referred only to the second paragraph of the law “On Occupied Territories”, where their definition is given.

IDFI sent an additional letter to this institution and received only a part of requested information in response.

The Ministry of Defense was the only institution that provided detailed information. This information is shown below.

With the end of the conflict in Tskhinvali region in 1992, supported by the Russian Federation (including the so called “peacekeepers”), Ossetian separatists took control of the following territories in the region:

In the same period, the Georgian government had effective control over Akhalgori district excluding 5 Ossetian villages: Tsinagari, Oduleti, Dzukata, Orchosani and Abrevi, located to the north and east of Tskhinvali within Didi Liakhvi and Patara Liakhvi valleys and 6 villages of Znauri district. In addition to that, Georgian jurisdiction covered the northern parts of Java district including Mamisoni Pass and its adjacent territory.

After the Russian military aggression against Georgia in 2008, the Georgian governing agencies and the majority of the Georgian population was expelled from the territories of the former South Ossetian Autonomous Region, and its territory (including Akhalgori and Mamisoni pass) was taken over by the Ossetian separatist forces (in reality – by Russian occupants). Georgia lost control over 135 inhabited areas of Tskhinvali district, most of which had ethnically mixed Georgian-Ossetian population. It’s worth noting that the villages that were entirely Georgian were completely destroyed. The Georgian populations of the mixed villages were forced to flee. 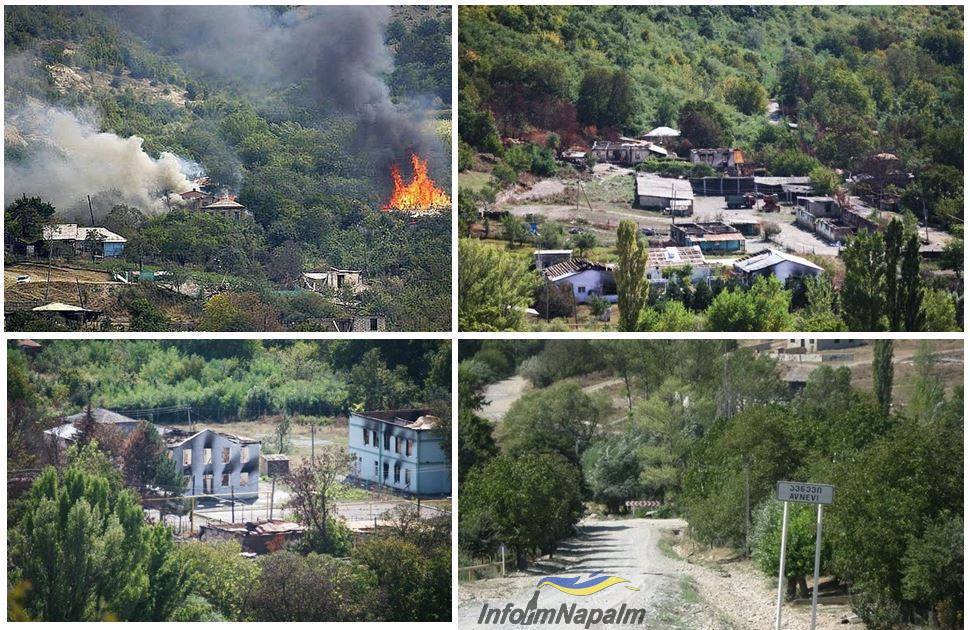 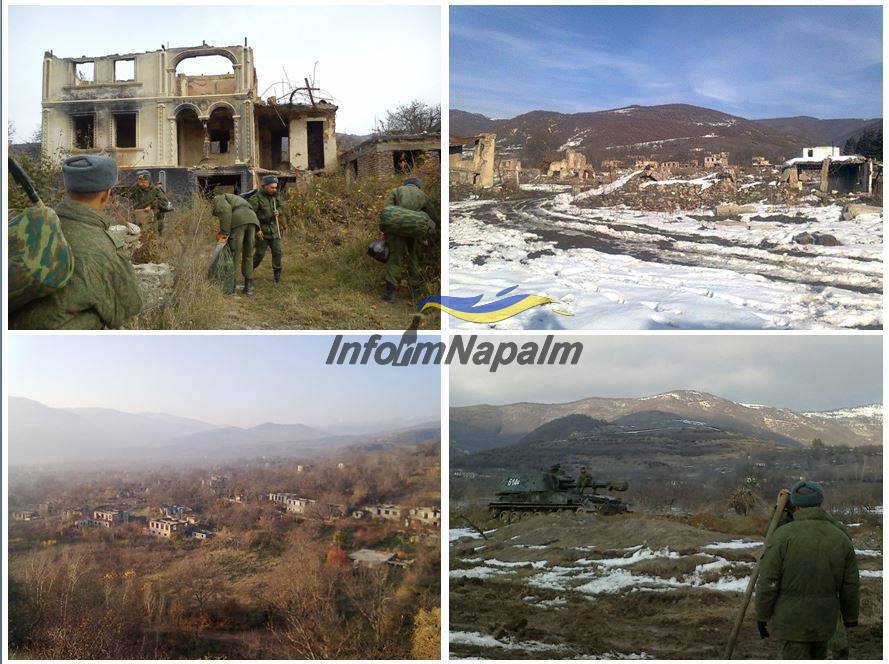 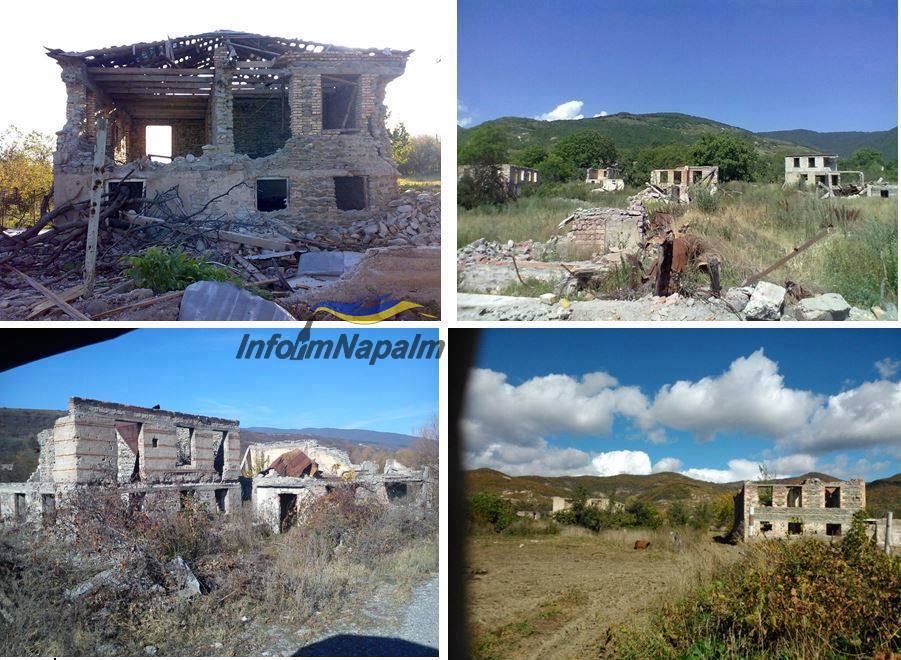 Territories taken over by the Ossetian separatists and Russian occupation forces. 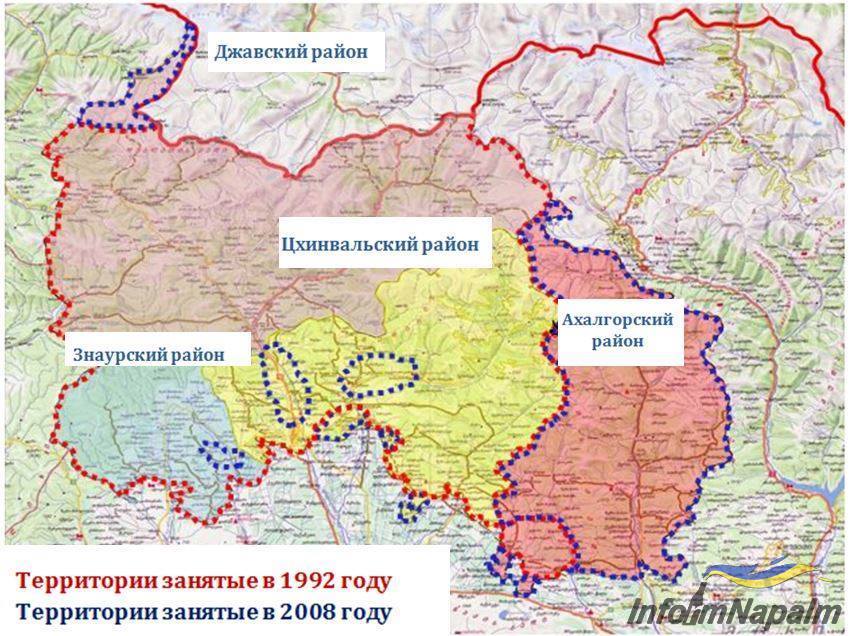 Settlements taken over by the Ossetian separatists and Russian occupational forces since the 2008 War: 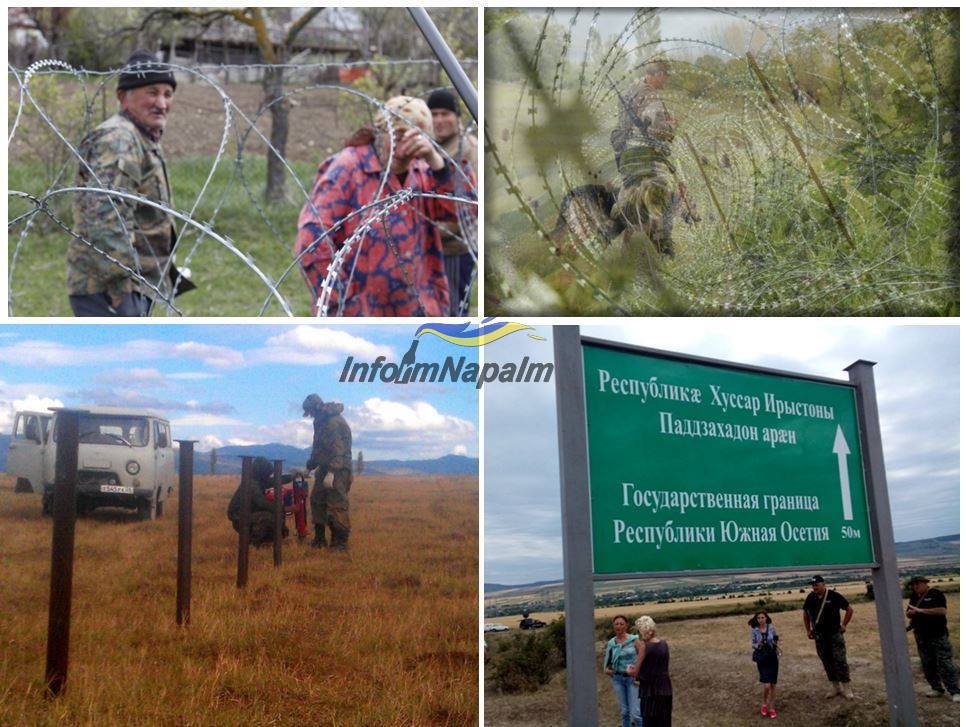 Maps used by the separatists and Russian border guards

In order to define the so-called borders (occupation lines) of Georgia’s occupied territories, border guards of the Russian Federation and the separatist regime use the topographic maps (scale 1:50000 and 1:100000) of the General Staff of the Soviet Air Force published between 1976-1986.

It has to be mentioned that the occupational forces of the Russian Federation together with representatives of the separatist Ossetian regime conducted preliminary work to determine the previous administrative boundaries of the former South Ossetian Autonomous Region for subsequent demarcation. More specifically:

– first of all, the topographic maps that they used defined the boundaries of the former South Ossetian Autonomous Region in a different way. For example, to define the administrative borderline in Gori district, the Russian side used the topographic map of 1988 which shows the locations as of 1984.

– second, as a result of the demarcation and establishment of the administrative border after the 2008 war performed by the Russian Army and separatists, because of unexpected difficulties and the complex terrain of South Ossetia, some of the Georgian population lost access to the lands that they utilized on everyday basis.

In sum, after the war of 2008, Georgia lost control over 151 settlements: 135 in Tskhinvali district and 16 in Kodori Valley. Still, the creeping occupation continues. Most likely, the Ossetian separatists, with Russian support, will continue the so-called demarcation activities according to the topographic map of 1988, which portrays the administrative boundaries of 1984.

See other InformNapalm publications on the subject of Russian occupation of Georgia:

This material was prepared for publication by the Georgian Editorial Board of InformNapalm based on data provided by damoukidebloba.com and IDFI.

No Responses to “Georgia’s borders erased by the Russian occupation. The creeping Russian aggression continues.”