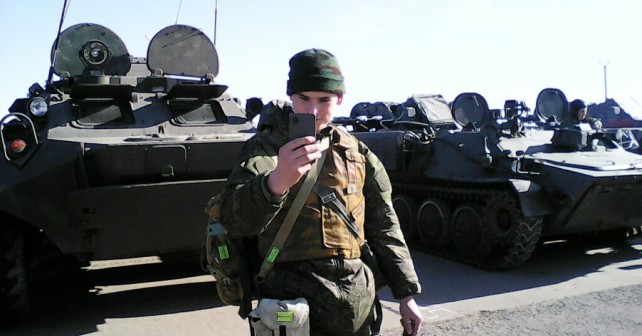 Over the two year period of its activity, InformNapalm team has been able to collect a large body of evidence showing that in the pursuit of its imperial goals Russian political and military leadership repeatedly uses the same dirty tricks, reusing the same resources. Russia managed to provoke several conflicts immediately after the breakup of the Soviet Union, and today it is adding new elements of hybrid warfare to its existing arsenal and sharpening its dubious skills in the wars in Ukraine and the Middle East. In this report we will show you how a Russian contract soldier of the 7th Military Base in Gudauta (Abkhazia, Georgia) managed to squeeze into one year both the “Rostov” and the “Syrian business trips”.

Applying OSINT (open sources intelligence) methods and analyzing the VKontakte social network, we identified the profile that belongs to a Russian contract soldier of the 7th Russian Military Base in Gudauta (Russian-occupied Abkhazia, Georgia). 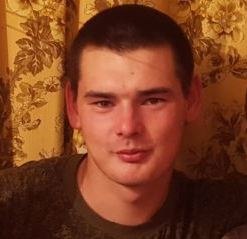 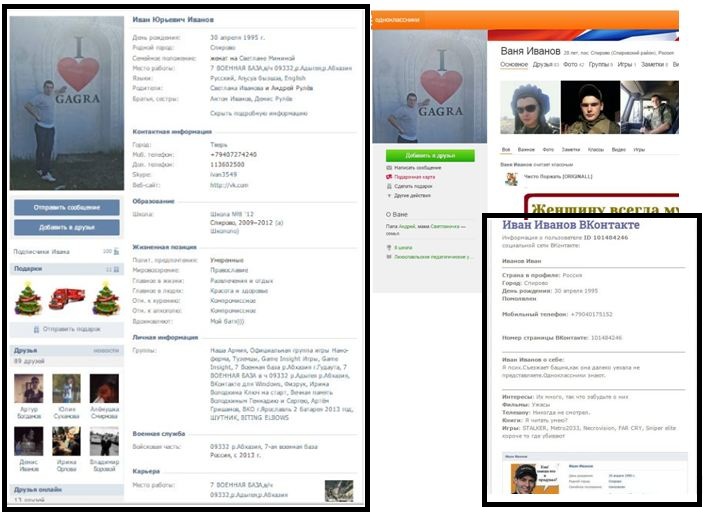 Ivan Ivanov was drafted into the Russian Army in 2013. After his training at the Russian Air Force training center in Yaroslavl, where he specialized in “the operation of the 22T6 transloader of the S-300/S-400 long range surface-to-air missile systems”, he was assigned to the group of air defense missile batallions of the 7th Military Base, 49th Army (military unit 09332) of the Russian Southern Military District in Gudauta (Abkhazia, Georgia). Just before the end of his one year compulsory term he signed a three year contract at the same unit, presumably at the reconnaissance unit of the 4th mechanized rifle battalion, which is staffed by contract servicemen, in order to be used in a battalion tactical group. Currently Ivanov still serves in the same unit. 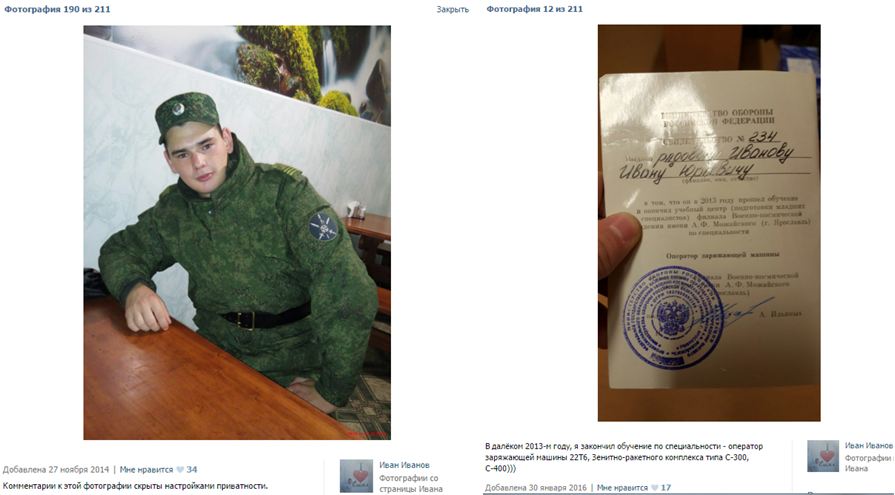 For the last two years, since the Crimean occupation and the beginning of the Donbas conflict, Russia has been maintaining a significant military presence on the border with Ukraine. The Russian forces stationed there are formed into battalion and company tactical groups (BTGs/CTGs) that include units from the four Military Districts and the Navy Coast Guard. Many times, whenever the situation became critical for “Novorossia”, they were engaged to shift it in favor of the separatists (please see the publication on the more than 60 Russian Army units seen in Ukraine). These groups are rotated regularly, with a single tour lasting three to five months. Military units of the Southern Military District participate in the “Rostov-Ukraine business trips” more often than others. And somehow tactical groups of the 7th Military Base, as well as its individual soldiers, often find themselves a part of the illegal military formations of the so-called Donetsk and Luhansk Peoples’ Republics. InformNapalm covered them in sixteen of its reports on the Russian military aggression against Ukraine.
Ivanov’s albums don’t contain any photos depicting his adventures in Ukraine and Syria, the likes of which we are so used to seeing in the albums of other Russian war criminals, pretending to be “Donbas coalminers cum separatists”. However, there is plenty of other evidence in his photos and comments that confirms his participation in the undeclared wars.
The Rostov – Ukraine business trip started for Ivan Ivanov in January 2015 and continued until June 2015. A new BTG had to be formed at the 7th Base before the deployment to Rostov Oblast, since most of the contract servicemen included in the previous tactical groups and who had experienced similar deployments, chose to resign. After a short training and team building the invaders from Gudauta were deployed to Rostov Oblast, to one of the Rostov command’s base camps located near Kadamovsky range.
Note: it is a regular practice at the 7th Military Base to sign a contract with drafted servicemen after 6-8 months of service. The salary of a contract soldier is approximately 45,000 roubles ($700) per month with additional field deployment and battle bonuses. An attempt to transfer to another unit or to terminate the contract often leads to serious problems for the soldier. However, for many their own lives are more precious than the honorable discharge stamp in their personal record. We reported on this before: Draftees of the 7th Military Base Being Actively Recruited to Contract Service for Deployments to Ukraine (RUS, DEU) and From Mandarin Paradise into Ukrainian Hell (RUS, DEU). 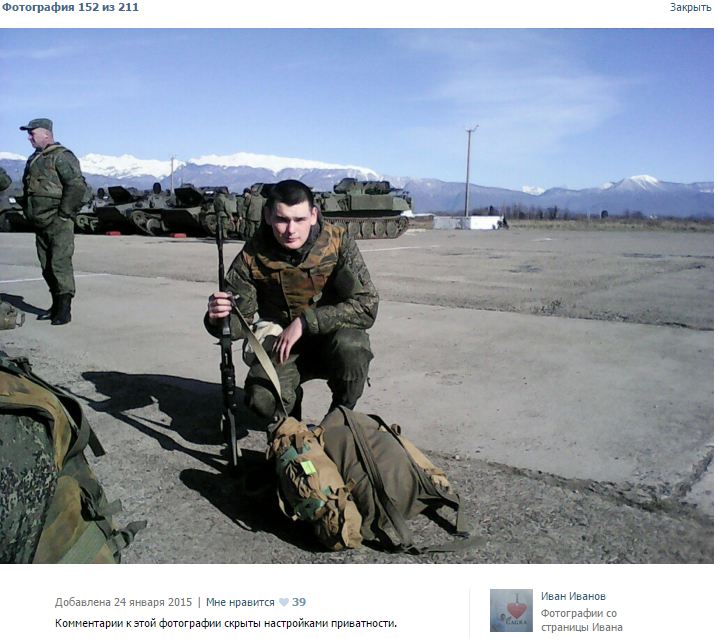 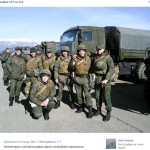 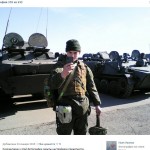 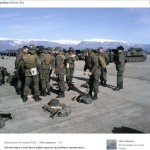 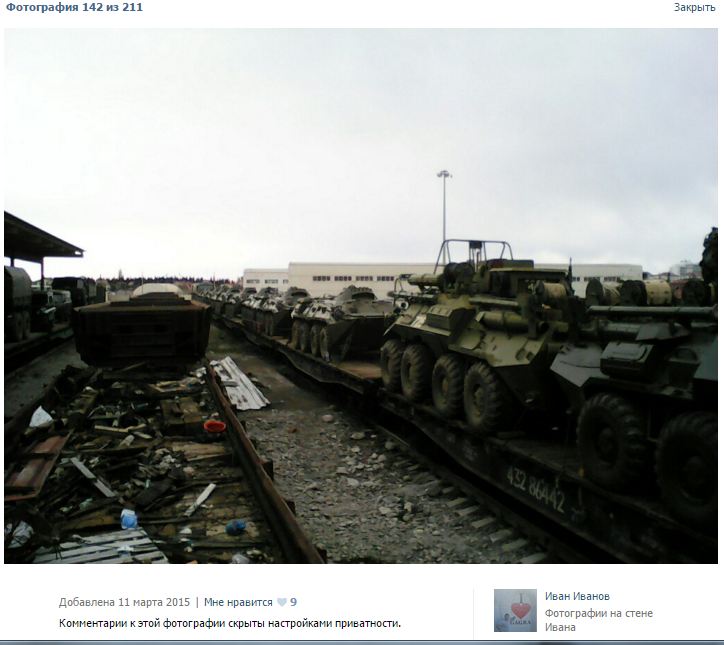 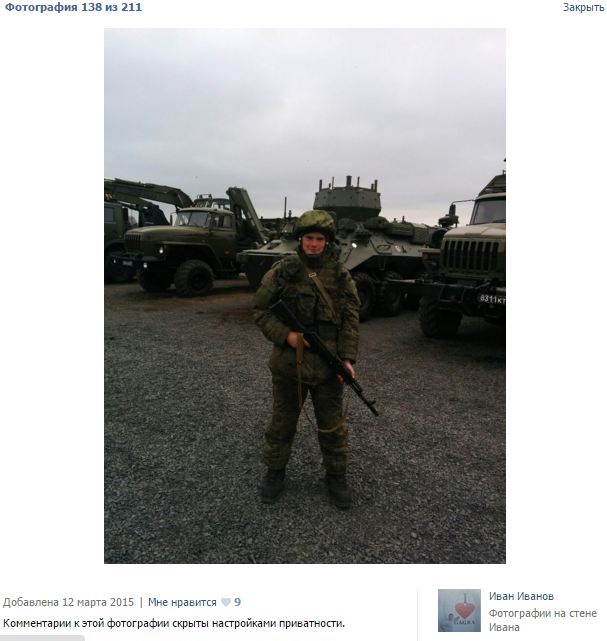 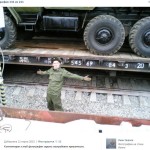 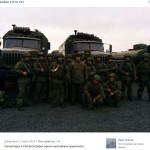 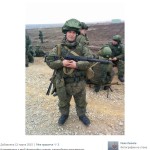 As we have already mentioned, there are no pictures in Ivanov’s albums showing him as a “militiaman”, but there is still evidence of his trips to Donbass. For example, there is a gap in his album between March 12 and March 20, 2015, and later he posts a photo with a Medal of Zhukov №0561 awarded by the President’s Order of January 22, 2015; it might be given to him in advance – to recognize his willingness to volunteer for the BTG deployment. There is also a comment to this photo with a citation from the Medal’s award regulation.
His “business trip to Ukraine” is confirmed by his mother’s (Svetlanochka Ivanova-Volodina) comment dated August 25, 2015: “My hair will turn grey. Ukraine was not enough for me, now there’s Syria too.” (please see the linked archive with comments). 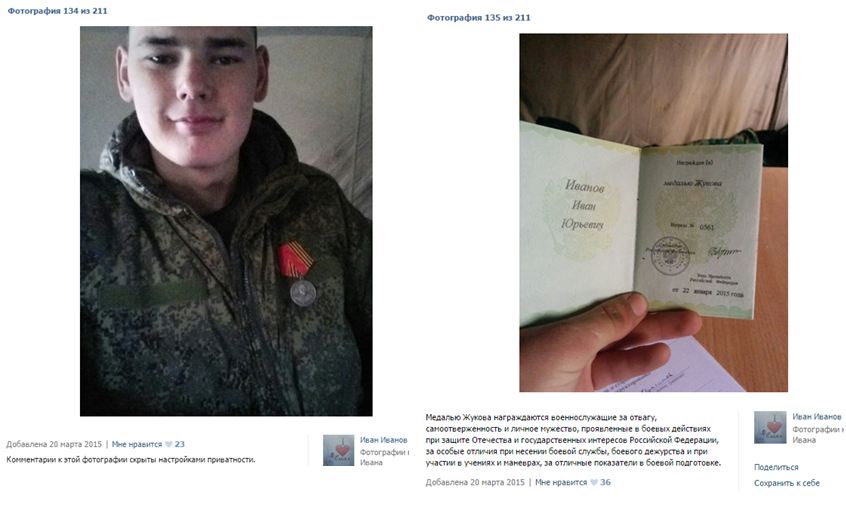 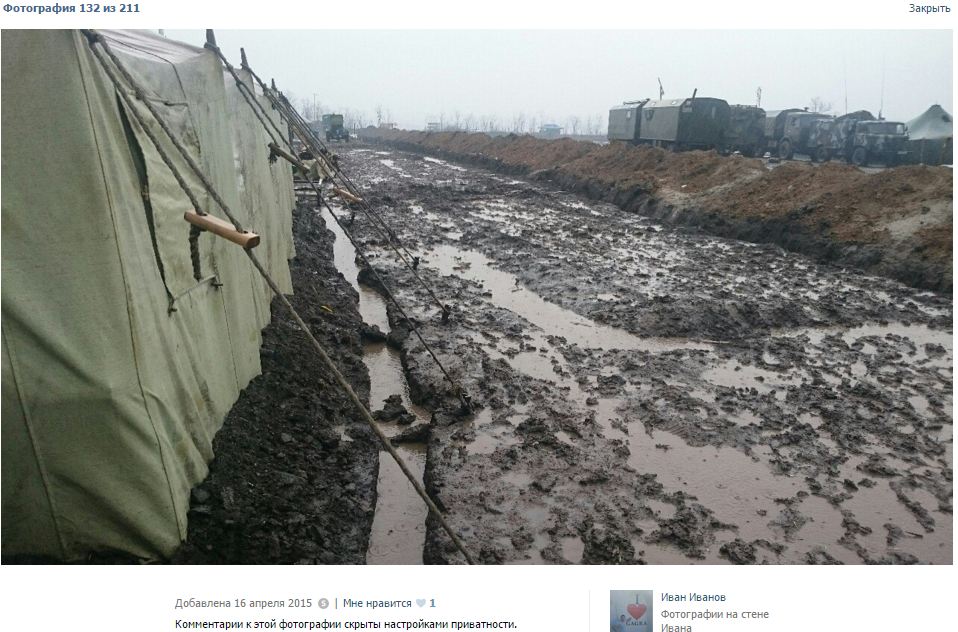 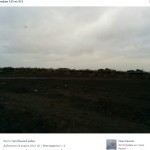 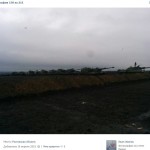 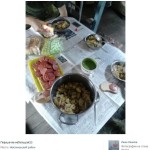 – “Syrian business trip” started for Ivan Ivanov in August 2015. He receives advances again, but this time it is not money or medals. Instead, it is a thank you letter from the commander of the 7th Base, colonel Kosobokov, which Ivan commented on: “Leaving for a trip. Syria 2015-2016. Peacekeeping operation for up to 10 months…” There is a comment thread to this post including the one posted by his concerned mother (the one we mentioned above). It looks like he was late for the first deployment to Syria, but he still went there from September to November 2015.

There is a very limited number of Ivanov’s pictures from Syria, probably because of the strict instructions by the commanders not to disclose information in social networks. But a few seemingly innocent pictures are enough to confirm his presence in Syria. The main evidence is the photo dated November 2, 2015 where a wire fence and a banner “Army of Russia” are visible, commented by Ivanov: “Ivan Ivanov:   Somewhere in the foreign lands. We miss the Motherland, our families and dearest ones. Performing complex military tasks on behalf of the Russian Federation. You should be proud of us, because we are…” The InformNapalm team members, who monitor the events in Syria, know this fence pretty well. In our archives, we have an exclusive photo from February 2016 taken at Khmeimim airbase, where the same place can be seen; this photo was made when Kremlin clowns (Porechenkov, Nikiforov, and others) visited the base. 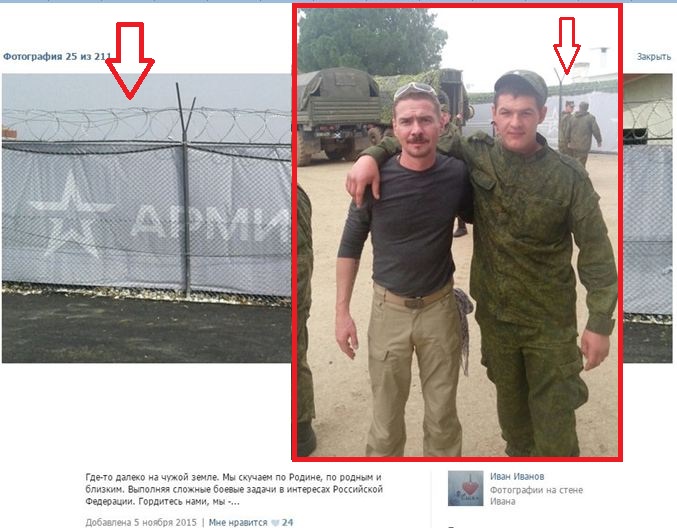 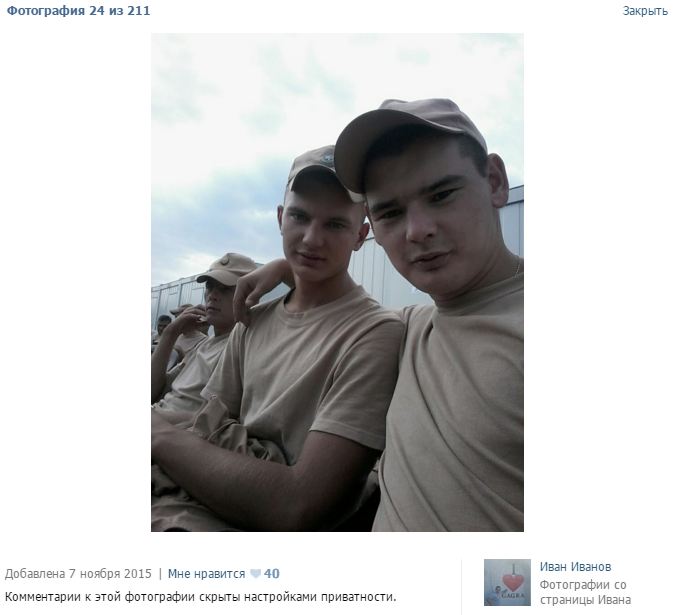 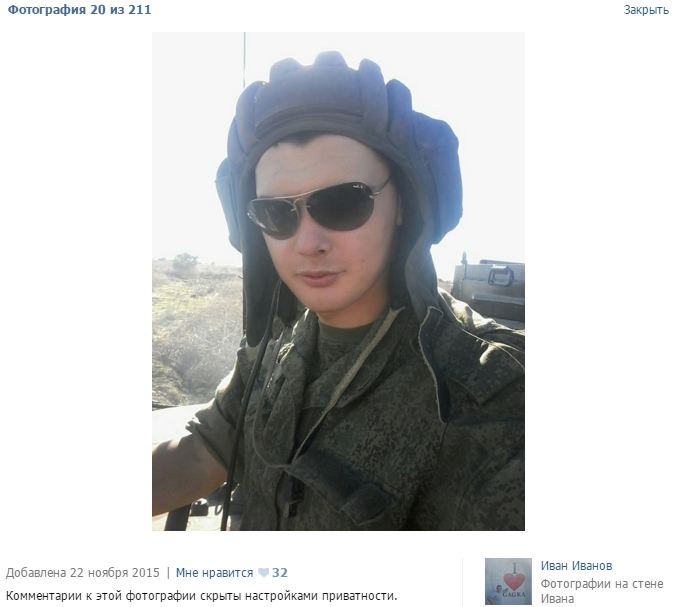 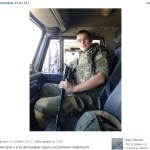 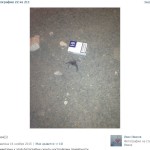 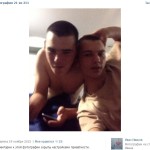 Of course, there is a photo of “a rich Pinocchio” dated January 30, 2016 showing US dollars that Russians hate so much and are the real reason why they go on these “business trips”. His comment here: “Found seven bucks in my Syrian uniform. Damn it, I’m rich!!!!” 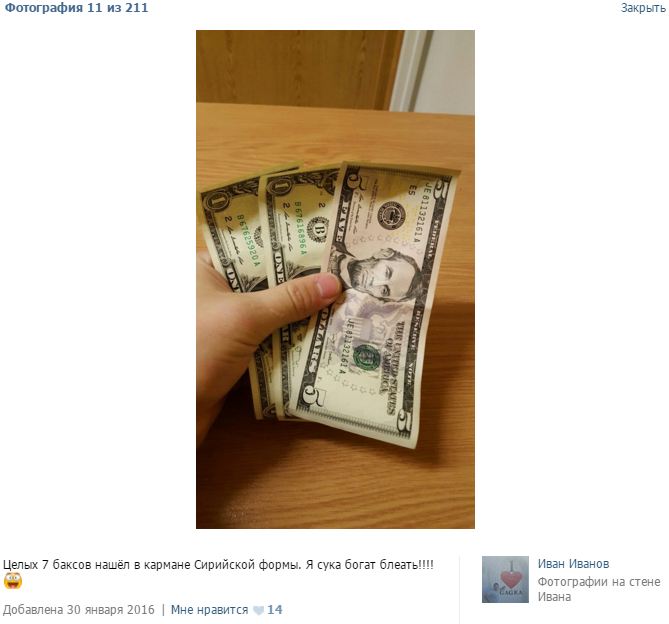 For a contract soldier and a three times invader, the complete voyage is pretty impressive. In one year Ivanov was able to complete “a bloody loop”: Abkhazia, Georgia – Rostov, Russia – Donbass, Ukraine – Syria, and to vacation at home in Spirovo a couple of times, always going back to the starting point, the military base in Gudauta. 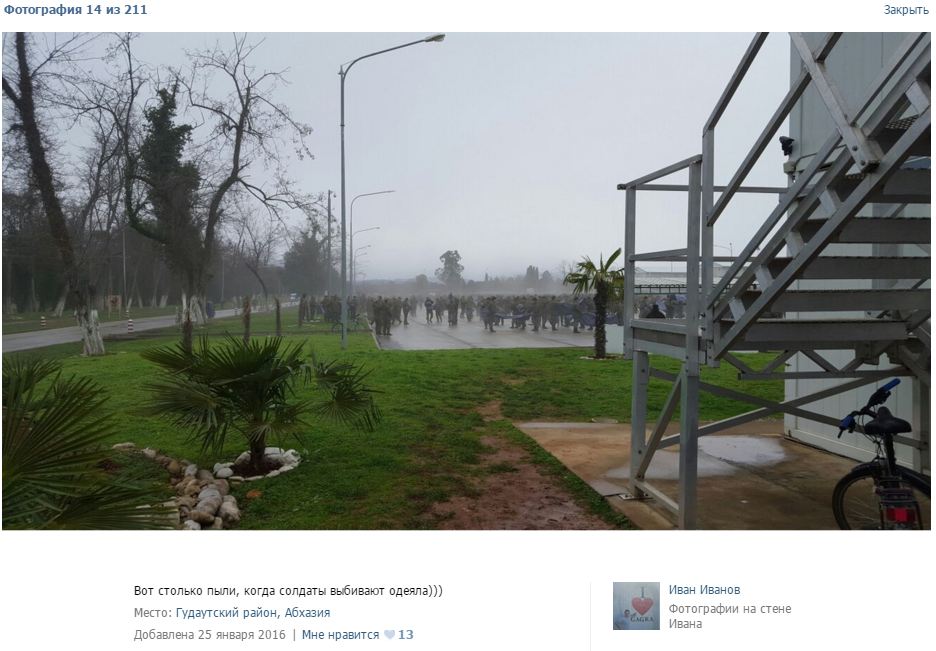 We have been asked so many times: why do you position yourself as an international volunteer community? We hope that you can find an answer in this particular publication. Volunteers from Ukraine, Belarus, Georgia and other countries are at the front line of the information war against the Russian aggression. Many of them know from personal experience about the sorrow and troubles that Russia brings.
Our volunteers try to bring truth to the world and show the true faces of “the defenders of the Russian world”. If the West continues to “express serious concern” and play games with Kremlin, we could see new Ivan Ivanovs and their “business trips”, this time to European countries.
You can find the list of InformNapalm publications where we provide the evidence of participation in Ukrainian fighting of more than 60 Russian Army military units: here.

Here are the other sixteen reports confirming the participation of the Russian 7th Military Base soldiers in the illegal military campaign against Ukraine:

This article uses the original OSINT research by the international volunteer group InformNapalm.

CC BY 4.0 – Original article written by Irakli Komakhidze, translated by Oksana Panchuk. Upon reuse of the material, an active link to the author and our project is desirable.