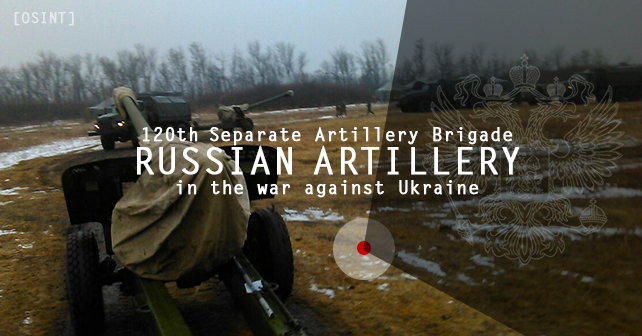 Russian servicemen from the 120th Artillery Brigade have been traced to the shelling of Ukrainian territory.

The 120th Separate Artillery Brigade (SAB) of the 41st Field Army of the Central Military District (military unit #59361, stationed in Yurga, Kemerovo Oblast) has already exposed itself in the Ukrainian war, as reflected in the relevant publications of the InformNapalm volunteer intelligence community. The 120th SAB was mentioned in the InformNapalm investigations for the first time in May 2015, when the brigade’s artillerymen were identified in the units, concentrated around the borderline base camp of the Russian invading forces in Millerovo, Rostov Oblast. The second episode featuring the 120th SAB relates to Syria mission in March 2016, when its personnel was spotted near Palmyra.

However, in the first case, the information about the “Ukrainian mission” of the artillerymen from Yurga was scanty. This publication will fill the gap.

Our open sources intelligence(OSINT) activities allowed to identify Russian servicemen, who were on a “Ukrainian mission” from October 2014 to till the end of February 2015 as part of the howitzer battalion of the 120th SAB (2A65 MSTA-B 152 mm howitzer in particular). A social network page of a Russian contract serviceman became our key source of information which let us establish the chronology and geography of events. 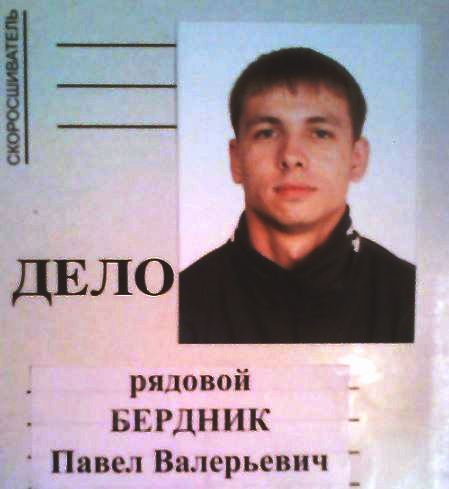 Did conscript military service from 2012 to 2013 in the artillery battalion of the 59th Motorized Rifle Brigade (military unit #44980, Sergeevka village near Ussuriysk).

Almost immediately after signing a three-year contract, from the second half of October 2014, Berdnik was sent to Rostov.

An analysis of photographs from Berdnik’s profiles makes it clear that he was not on a training mission, but rather a on long-term actual combat mission with other artillerymen from Yurga. There is a lot of evidence to confirm this conclusion: chronology and geography of images, appearance of the personnel – motley non-standard uniform, heavy stubble and nonregulation hairdos. During the mission period the howitzer subunit did not stay put, but roamed from one position to another – it is clearly visible in a number of pictures and comments to them: Urals as our home, Preparing for assault, Running away. 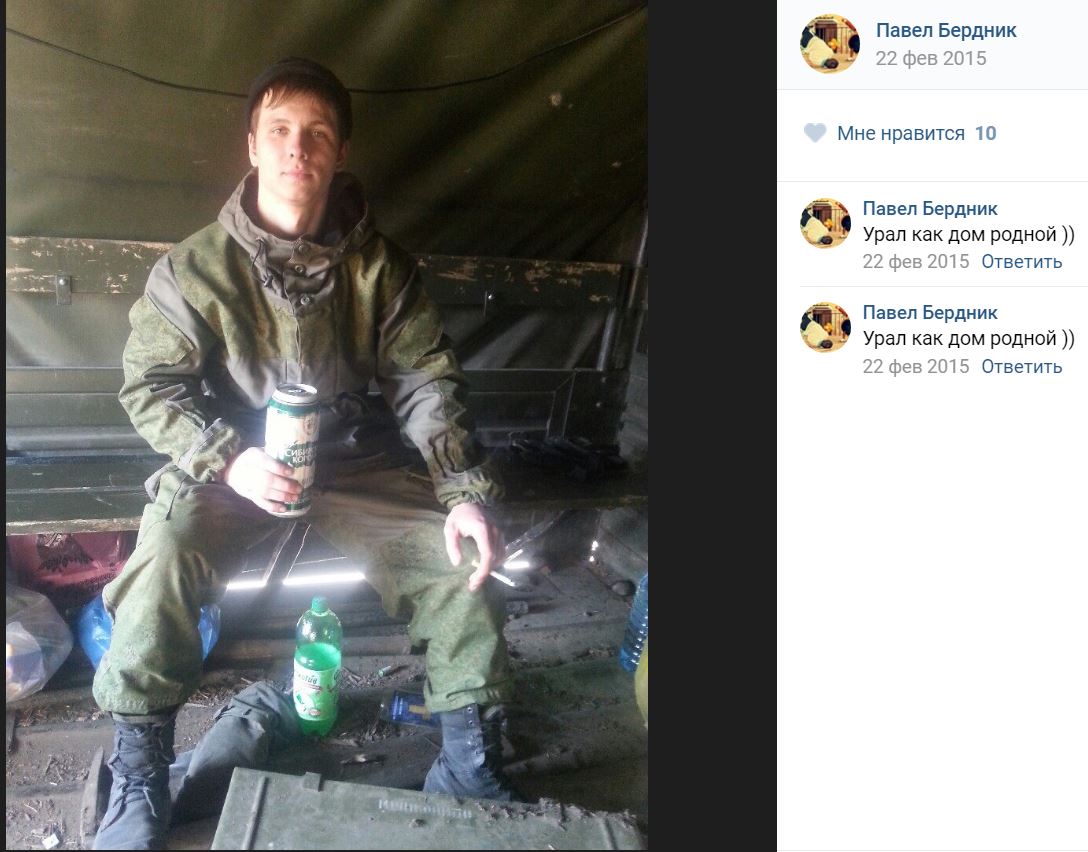 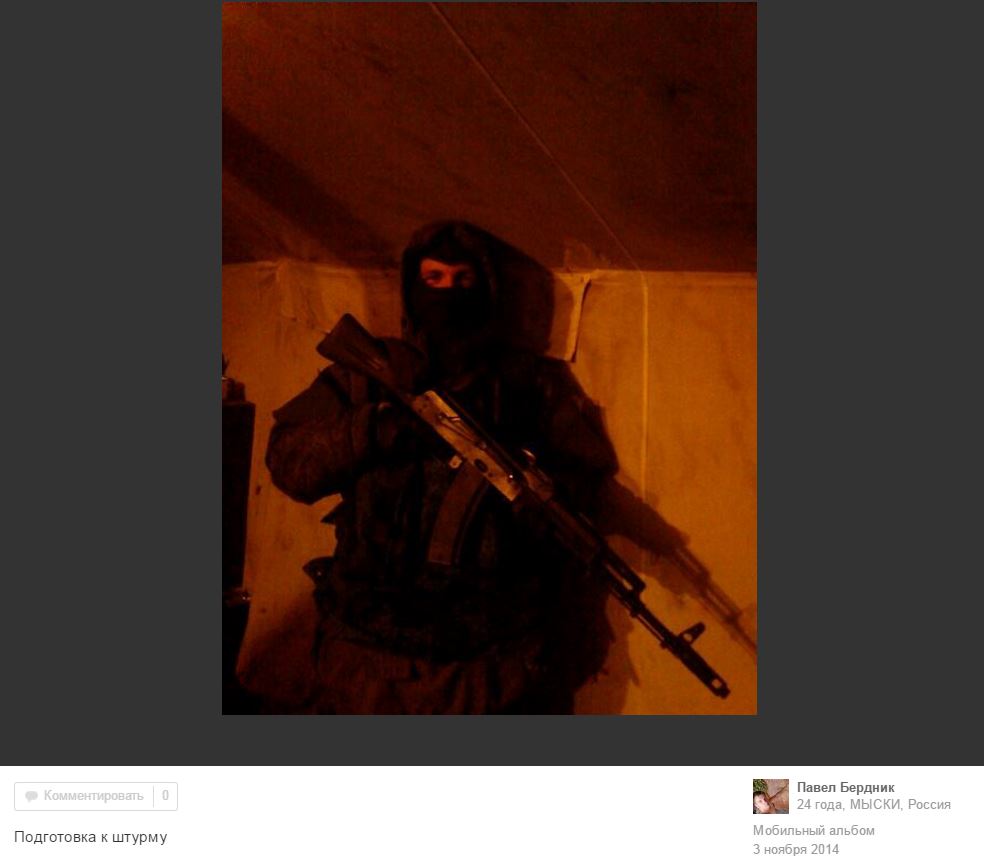 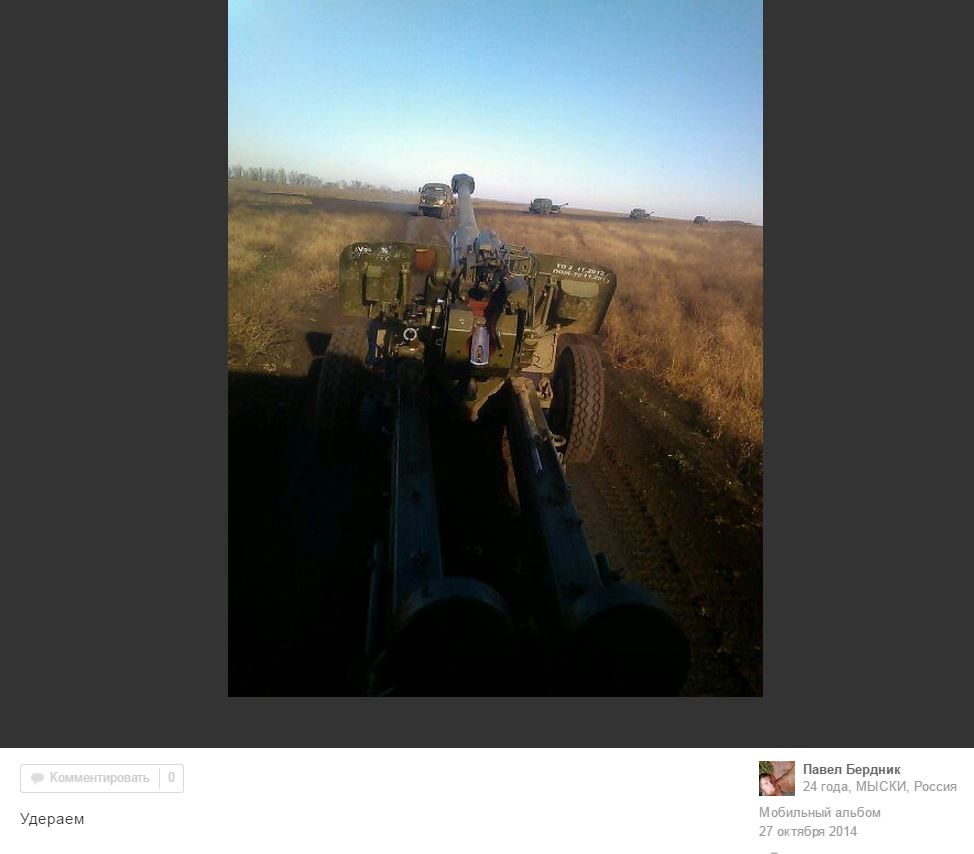 Judging by geotagging, all of it connected to Kuibyshev Raion of Rostov Oblast (this area is bordering on Donetsk and Luhansk oblasts of Ukraine, and at the same time sufficiently distant from the Russian local training ranges), the artillery subdivision of 120th SAB operated in quite a wide zone. 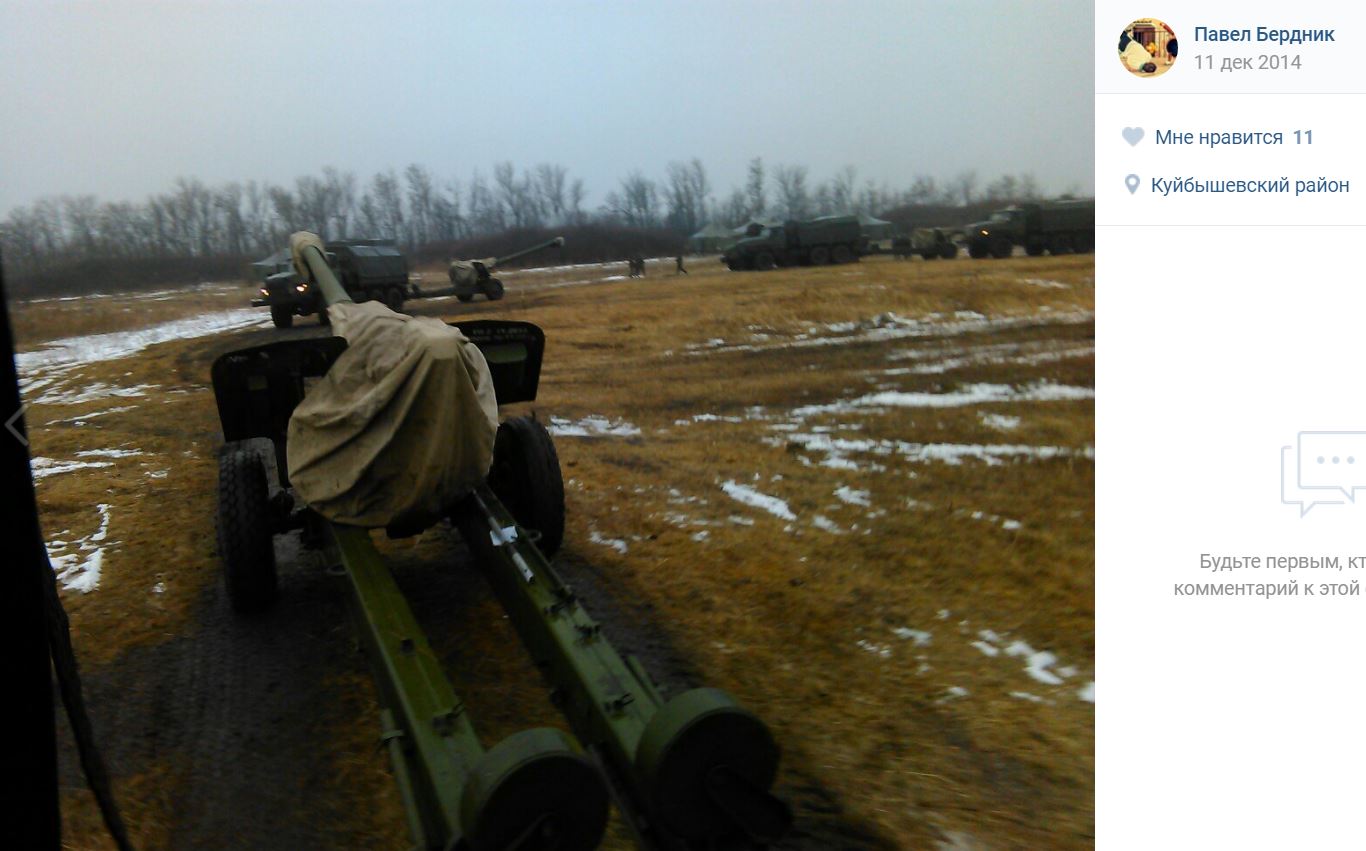 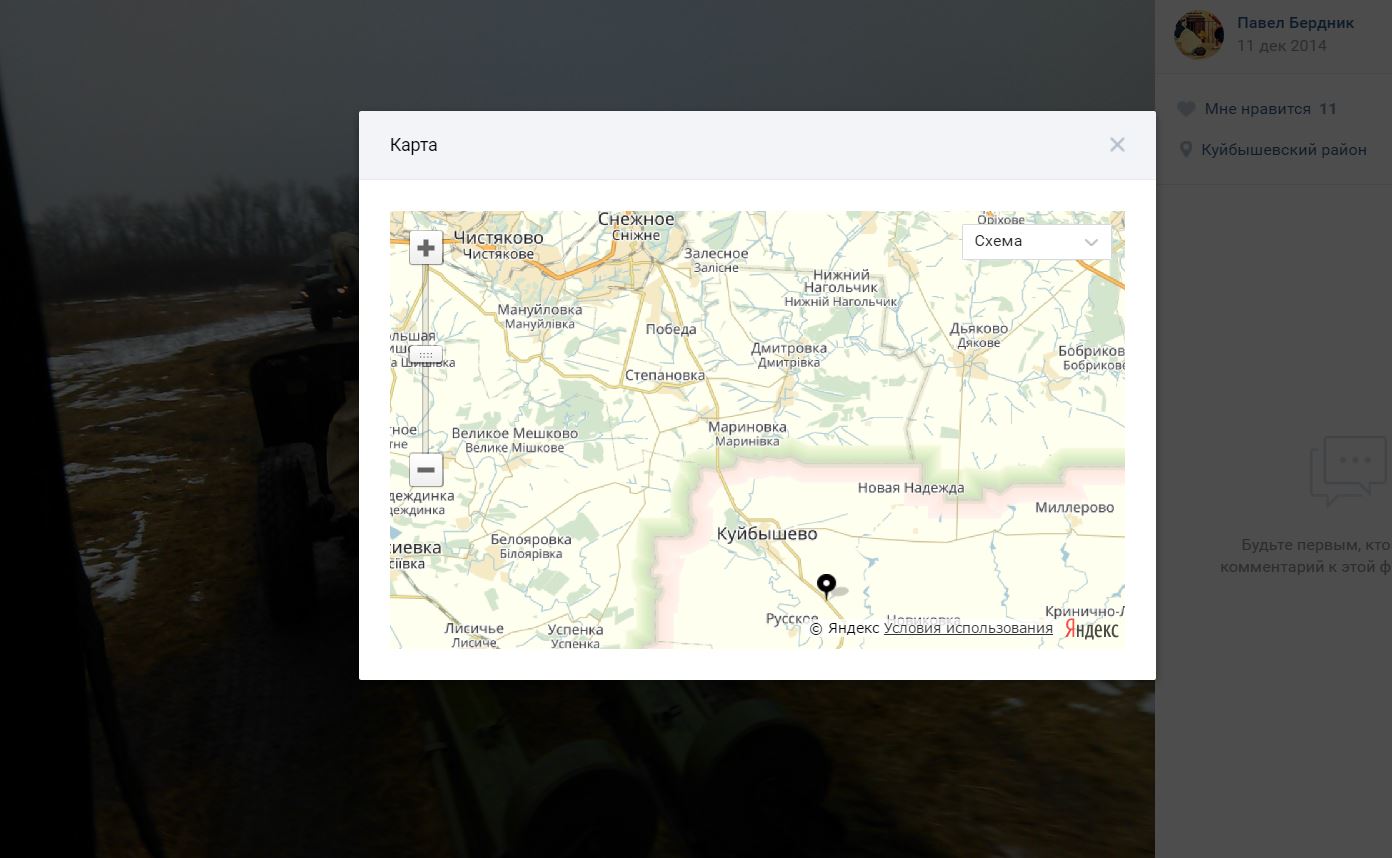 And, of course, there are photos with the Donetsk People’s Republic (DPR) flag, which clearly point to the “Rostov-Ukraine mission” of the artillerymen from the 120th SAB. 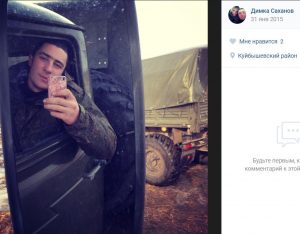 Sakhanov’s album contains photos posted in January 2015 geotagged to Kuibyshev Raion (Rostov Oblast). Sakhanov has also been identified on the group photo in Berdnik’s album from “Rostov-Ukraine mission” period in 2014. 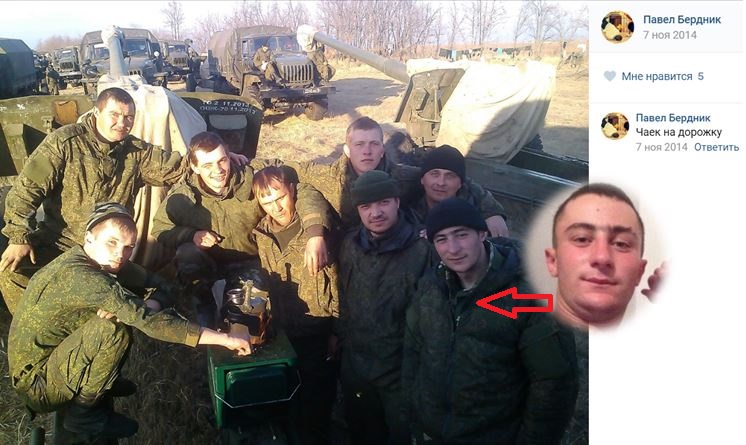 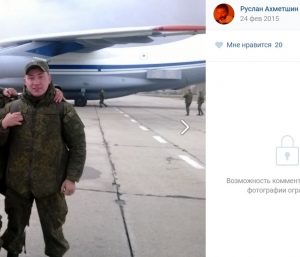 Born on May 10 (year of birth unknown) in Tomsk, Russia.

Akhmetshin’s album contains several photos posted in 2014-2015 (from the “mission” period), including the photos of arrival to and departure from Rostov Oblast, in front of an IL-76 airlifter and in the field environment. Akhmetshin has also been identified on the same group photo in Berdnik’s album from “Rostov-Ukraine mission” period in 2014. 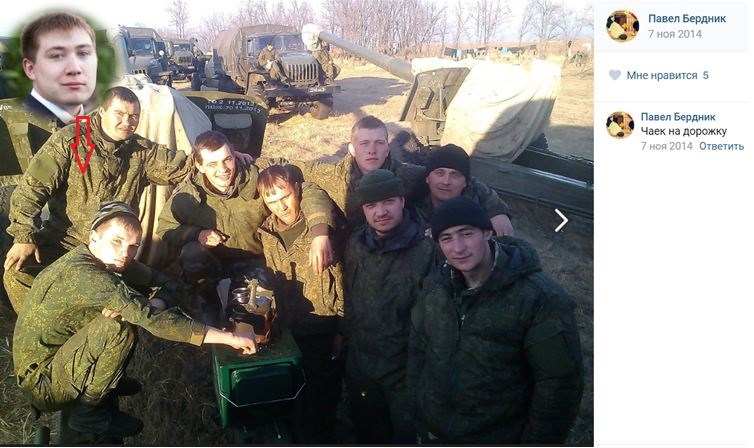 The group photo of departure from Rostov Oblast posted on Ahmetshin’s page in February 2015 merited a thoroug analysis. This photo played a key role in identification of other Ahmetshin’s colleagues from the 120th SAB. 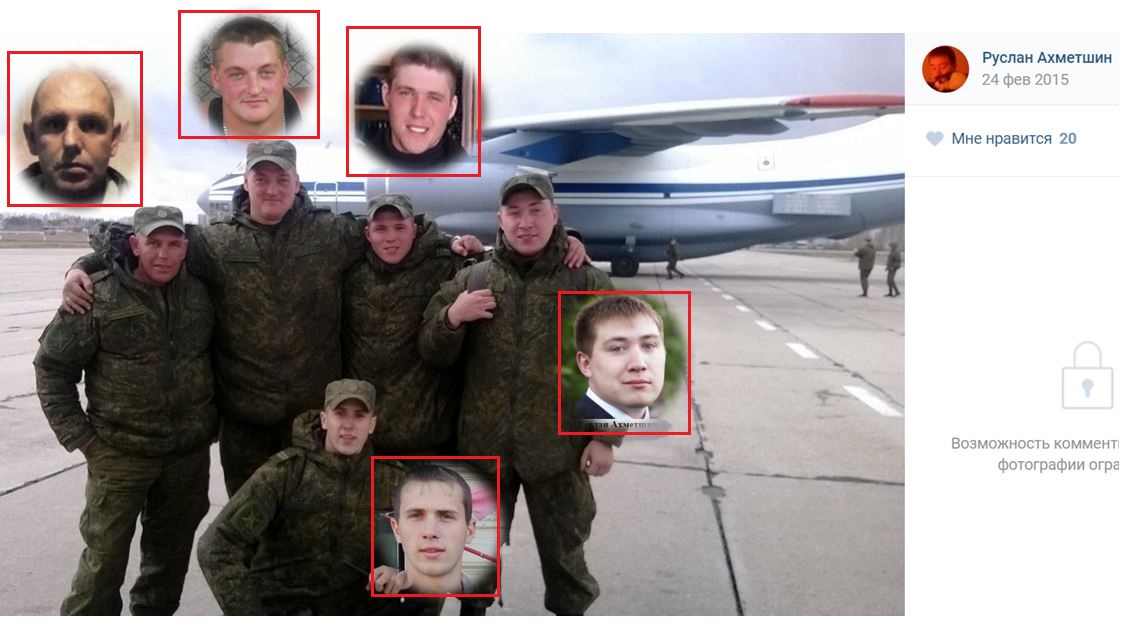 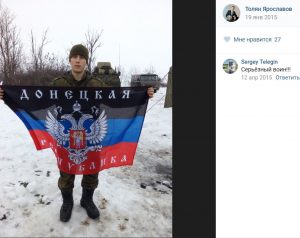 Yaroslavov’s album contains photos with a DPR flag  posted in January 2015. Yaroslavov was also identified on the abovementioned group photo from the Ahmetshin’s album, which was taken before the soldiers departed from the “Rostov-Ukraine mission” in 2014. 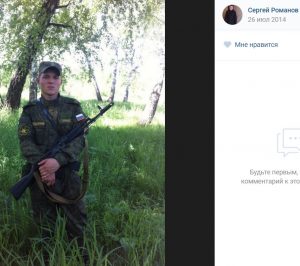 Romanov was also identified on the abovementioned group photo on the air field from Akhmetshin’s album, taken at the departure from the “Rostov-Ukraine mission” in 2014. 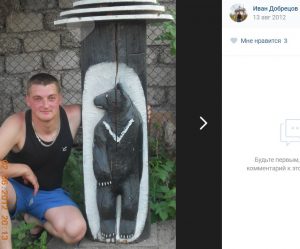 Dobretsov was also identified on the airfield group photo from the Akhmetshin’s album. 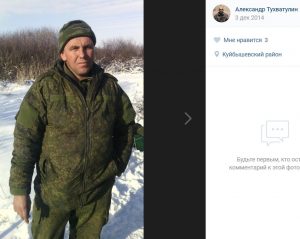 In Tukhvatulin’s album we found a photo geotagged  to Kuibyshev Raion (Rostov Oblast), posted in December 2014 belonging to the “mission” period. Tukhvatulin was also identified on that group photo from the Akhmetshin album made on the air field in last minutes of the “Rostov-Ukraine mission” of 2014.

In addition to abovementioned servicemen, other “Rostov-Ukrainian mission” participants from the 120th SAB should be noted too 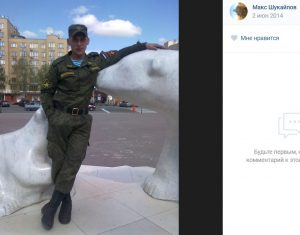 In Shukaylov’s album we found the series of pictures from the “mission” period, posted in Nov-Dec 2014. 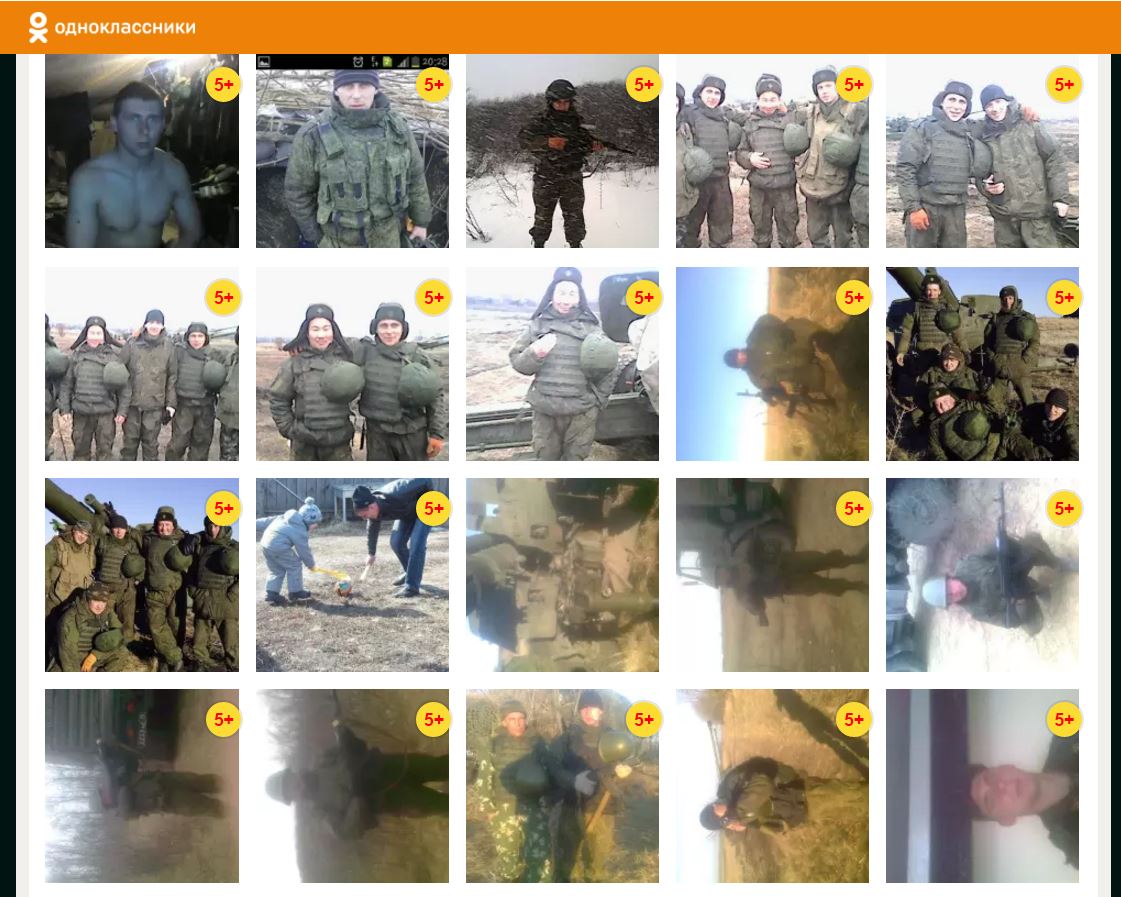 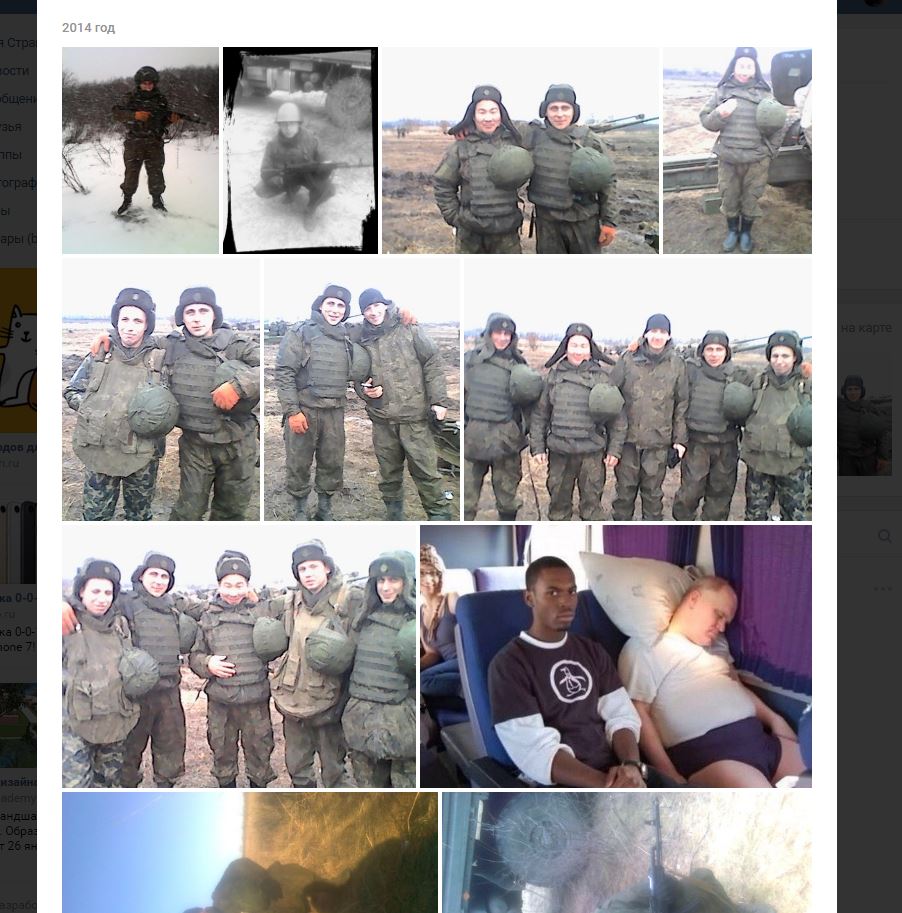 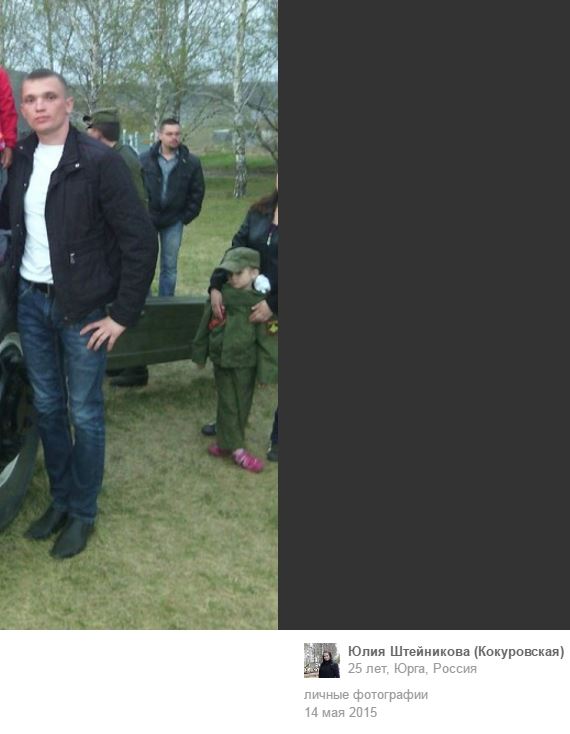 Shteynikov’s album contains the picture of the combat veteran ID #0570488 signed by the head of Personnel Department of the Central Military District (CMD), Major General A. Yarenko, issued on December 5, 2016. We have seen such documents of other Russian war criminals –“Donbas veterans”. 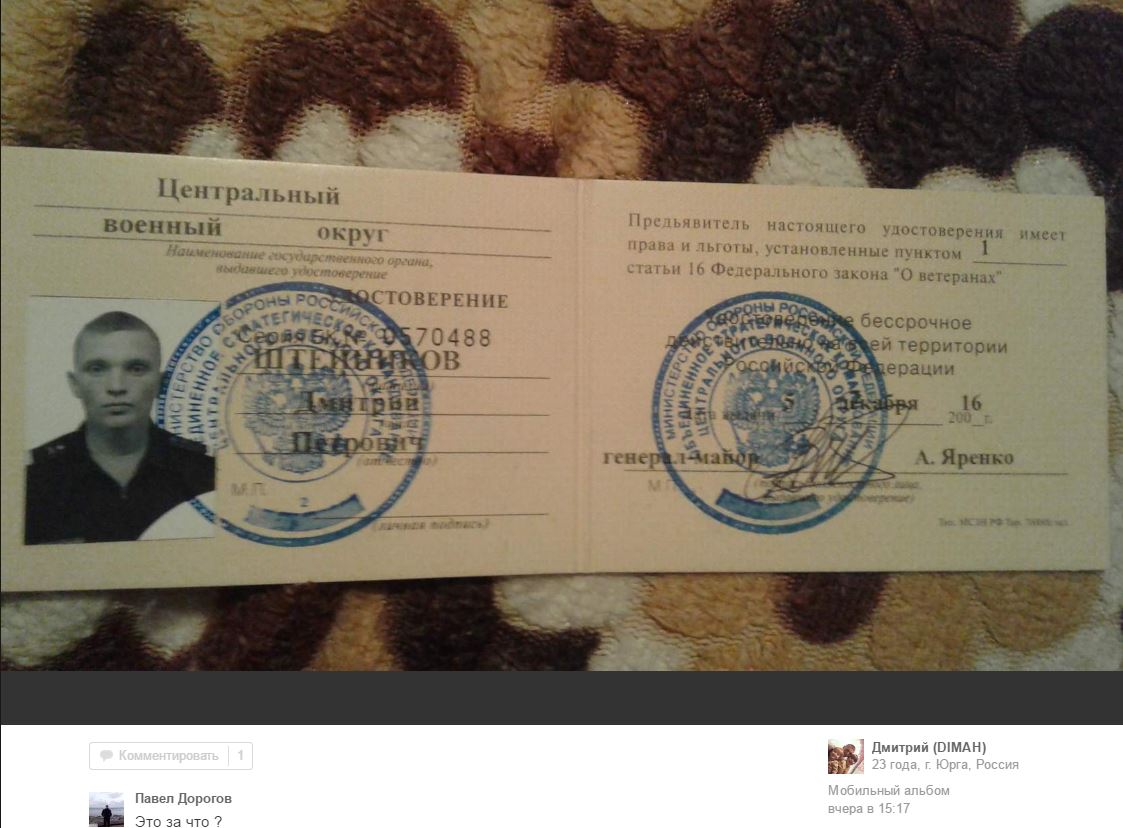 Note: Head of the CMD Personnel Department, Major-General Yarenko already featured in the InformNapalm investigations of March 2015, at that time holding the rank of a colonel, see “Polite people” conveyor for “polite” Russian Army.

Of course, skeptics might say, so what that these servicemen were in Rostov? This is just another piece in the mass of evidence, which in its entirety strongly suggests that Berdnik and his colleagues from the 120th SAB actively participated in the undeclared war against Ukraine. Let us recall other artillery units of the Russian Armed Forces, spotted at the Ukrainian border in Rostov Oblast, as well as on the territory of Ukraine. Their presence coincides with the dates of massed artillery strikes on the positions of Ukrainian military forces, as well as on the peaceful towns and villages of Luhansk and Donetsk oblasts.

The topic of rocket and artillery shelling of the Ukrainian territory from the Russian side in the summer and autumn 2014 received international media coverage and featured in the reports of several international organizations. InformNapalm volunteers also participated in collection of this information – see materials of our community:

This publication was prepared on the basis of an OSINT-investigation by InformNapalm volunteer intelligence community. Author Irakli Komaxidze, translated by Evgeniy Kalashnik, edited by Max Alginin