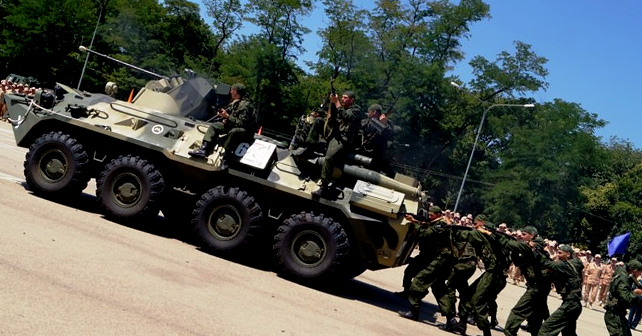 The aggression of Russia against Ukraine is closely intertwined with the occupation of a part of the Georgian territory, which Russians use as a military springboard. The same fate befell the occupied Ukrainian Crimea, which became a springboard for the “Syrian Express.” This relationship can be traced through an analysis of the investigations of InformNapalm international intelligence community.

In the evening of Monday, July 17, President of Ukraine Petro Poroshenko arrived in Georgia with a working visit. During the visit, Ukraine and Georgia signed a declaration of mutual support for the sovereignty and territorial integrity.

How exactly the occupation of a part of the Georgian territory by Russia affects the aggression of the Russian Federation against Ukraine in Donbas, InformNapalm revealed in more than 30 OSINT investigations. The materials record military personnel from the 7th Russian Military Base located in Gudauta (occupied Abkhazia, Georgia) who fought in Donbas and were seconded to the Donetsk People’s Republic (DPR) and Luhansk People’s Republic (LPR) illegal armed groups.

Insider connections of InformNapalm intelligence community also reported that the reason for the recent dismissal of the commander of the 7th Military Base, Major-General M. Kosobokov was a large-scale information leak about the participation of his subordinates in the war against Ukraine, a massive outflow of contract soldiers, and generally low morale among servicemen and low combat readiness.

The leakage of information will continue because archives of InformNapalm contain a lot more materials on the crimes committed by soldiers of the 7th Military Base. For this reason, the new commander of the base, Colonel I. Yegorov, who replaced Kosobokov in his position in early 2017, is also likely to face a bumpy career.

A new war criminal from the Russian Federation. From the occupation of Georgia to Ukraine. 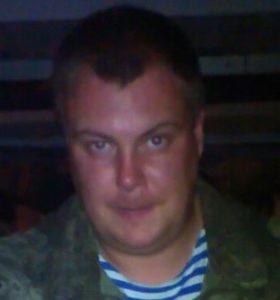 Since December 2016, InformNapalm volunteers have closely monitored the social profile of a contract serviceman of the 7th Military Base, nicknamed Danchik Mystish (archived profiles 1, 2, photos 1 , 2, contacts 1, 2 ). In his photo album, there were shots made in the tent camps in Rostov Oblast with the servicemen of the 7th Military Base being prepared for deployment to Ukraine as parts of battalion tactical groups. We managed to establish the identity of the soldier. The social network accounts nicknamed Mistish belong to Denis Pavlovich Menzel hailing from Gelendzhik, Russia. His relatives also live there: his father, mother and brother.

Menzel’s photos include a picture uploaded on December 11, 2015, featuring a Russian serviceman wearing a shoulder patch with the flag of Novorossia. 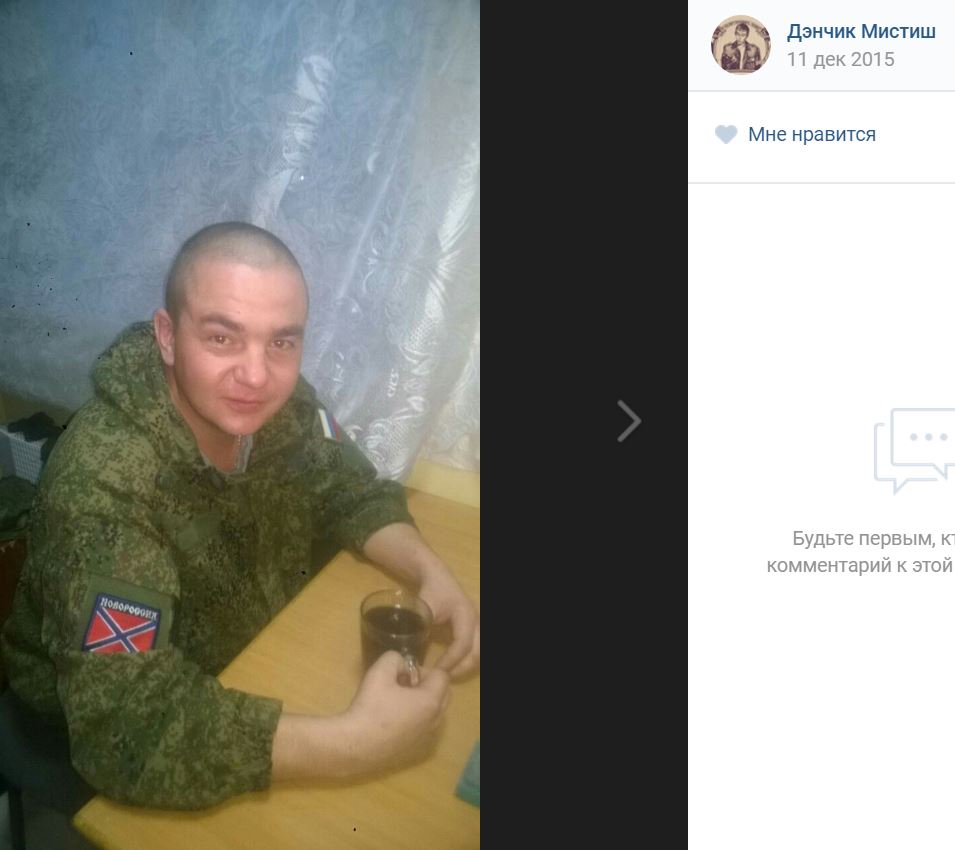 It took some time to identify Menzel’s colleague because he was not on his friends list. Most of the friend list consisted of contract soldiers of the 7th Military Base. An in-depth OSINT analysis allowed to identify the other person on the photo, another Russian serviceman Pavel Pasternak. 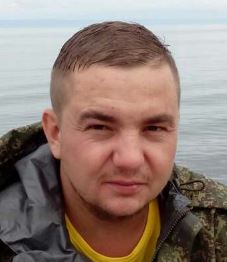 The fact that Pasternak’s name is not fictional, is confirmed by the profiles of his relatives: wife Olga Pasternak VK1, VK2, OK – active profile; mother – Nina Pasternak (Zagibalova) VK, OK (notably, pages of Pavel’s relatives on the OK social network are also hidden from non-friends). It is established that Pavel Pasternak served in the police of the Ministry of the Interior of the Russian Federation in 2012-2013. 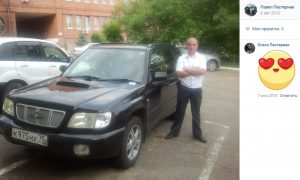 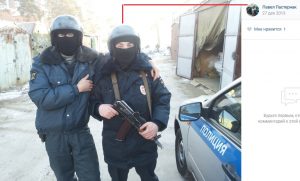 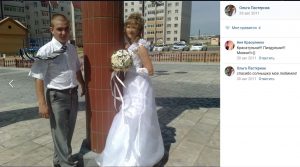 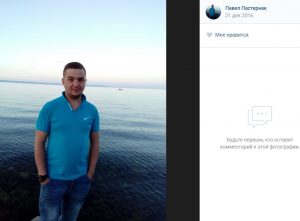 In 2015, Pasternak signed a contract for service with the 7th Military Base of the Russian Army.

A photo with the Novorossia flag shoulder patch may be an indirect sign. But this is not the only argument in our findings. A person featured in one of InformNapalm’s previous investigations, Pasternak’s countryman from Chita, a former serviceman of the 17th Motorized Rifle Brigade from Chechnya, who served in Donbas in terrorist ranks, Anatoly Ivachev, “helped” us to get into more detail. Interestingly, he even sent open letters to President Putin asking for a deployment to Syria to cover his debts.

Read more: Unemployment and war as a job: Russian engineer went to fight in Donbas to pay off debt .

Ivachev’s photos include some pictures taken in Donbas, some of them with geolocation. In this case, we are most interested in the slide uploaded to his album on December 26, 2016, geotagged in Partyzanska street, Shakhtarsk, Ukraine. In this photo, Ivachev is posing again with his Donbas comrade – Pavel Pasternak. 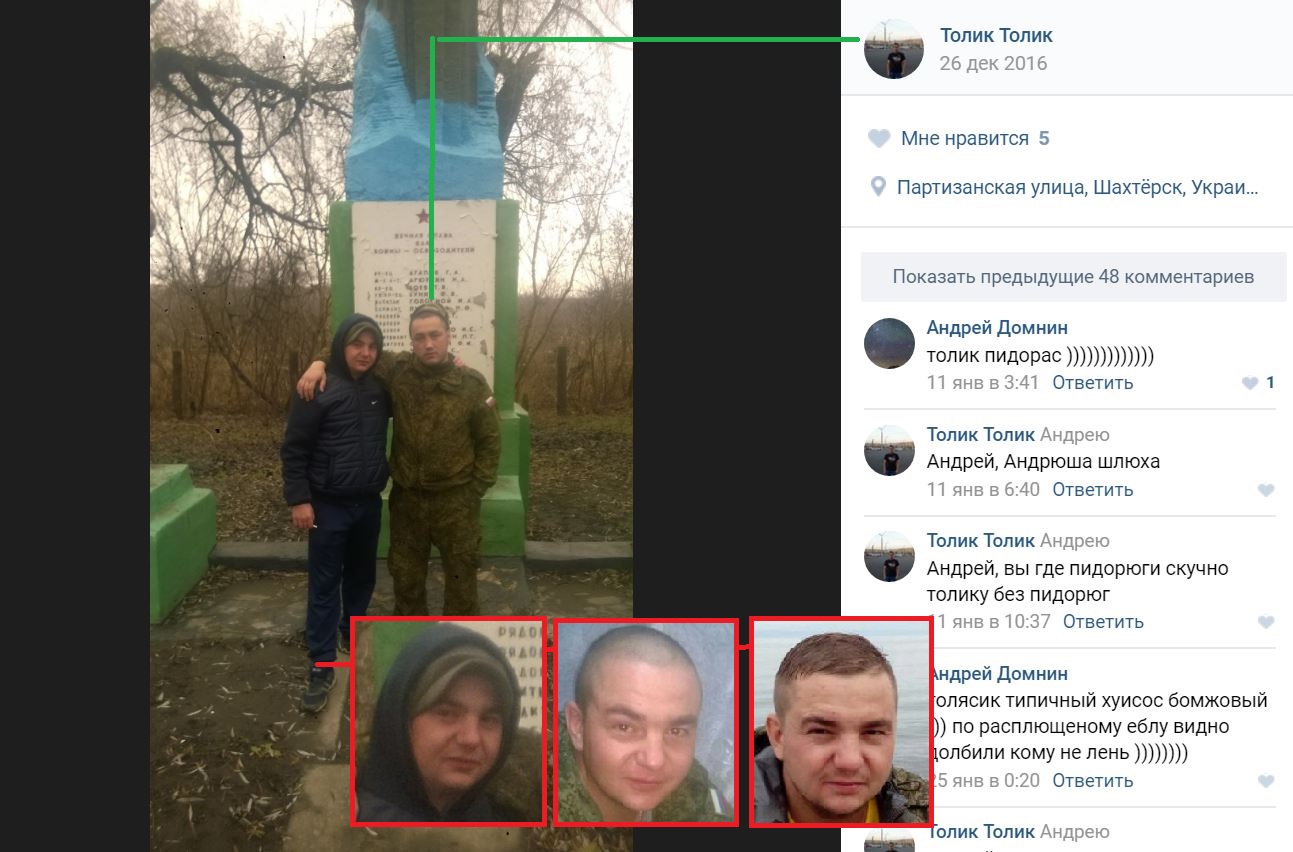 Thus, this is yet another piece of evidence confirming the presence of the active military men of the 7th Military Base as part of illegal armed groups in the temporarily occupied territory of Ukraine. In 2016, InformNapalm volunteers identified contract servicemen S. Finogin and N. Khomenko , who combined service in the Russian army with participation in the LPR and DPR gangs.

The 7th Military Base (military unit 09332) of the 49th Army from Russia’s Southern Military District is located in the city of Gudauta in occupied Abkhazia in Georgia and started forming in 2009 after Russia’s 2008 intervention in Georgia. The military base was initially set up on the basis of 131st Maykop Motorized Rifle Brigade defeated by Chechen rebels during the attempted assault on Grozny on the New Year’s Eve of 1994-1995.

The structure of the occupation force in Abkhazia includes a land component in the form of a strengthened armored brigade: 4 mechanized infantry battalions, a tank battalion, 2 artillery battalions, a rocket artillery battalion, a sniper company, a drone company, a reconnaissance battalion, as well as a number of other separate units and logistics personnel. Personnel of the occupation force consists of both conscripts and contract soldiers. The military commanders made numerous failed attempts to staff the military base with contract soldiers only. Only one mechanized infantry battalion is 100% staffed with contract soldiers. It is the core of the battalion tactical group (BTG) involved in the aggression against Ukraine in Donbas.

The main armaments of the Gudauta base include about 50 T-72B3 tanks (used as a replacement of T-90s), more than 150 BTR-82 and BTR-80 armored personnel carriers, 36 Akatsiya 152 mm self-propelled guns (SPG), 18 Grad MLRS units, as well as other weapons and equipment. The occupying forces are using the seaside training ground in Nagvalou and the mountain training ground in Tsebelda for their training activities. Units of the 7th Military Base, including mechanized infantry, reconnaissance, and SIGINT personnel are on duty near the administrative border in Gali District and the Kodori gorge.

This publication was prepared by Irakli Komaxidze on the basis of his own OSINT investigation specially for InformNapalm.